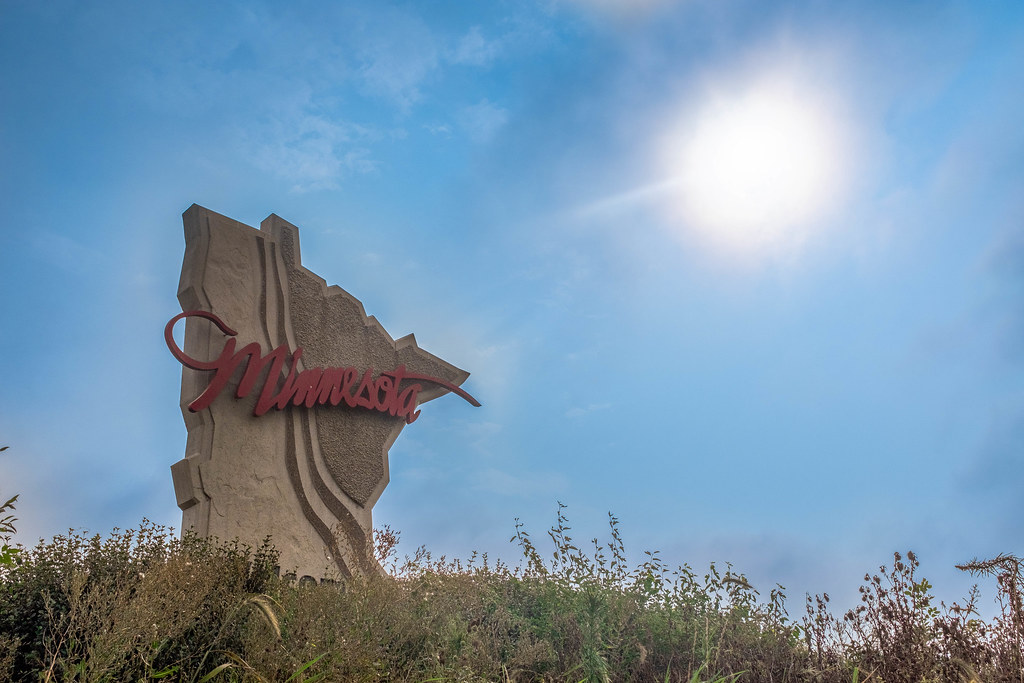 Even though I often talk about living in Oklahoma, I’m actually a transplant to the state. I was born in central Minnesota and lived most of my childhood in Nebraska, but once or twice a year my family would load up the minivan and head north to see relatives and go fishing at the lake. Back in the early 90’s most of the roads we took on that trip were two-lane undivided highways which meant the drive would take about 8 hours on a good day, and a lot longer in the winter.

On these trips there was a stretch of Highway 60 between Le Mars, Iowa, and Worthington, Minnesota that held a bit of a special place in my heart because it was on this road that we passed the border between those two states. It was a milestone of sorts, and even though nothing about the road or scenery was any different all of us kids knew were were just that much closer to seeing our cousins and playing in the lake. Just across that imaginary line was a tiny little town called Bigelow that we never stopped in, but always thought was kind of cool simply because of its proximity to the border.

The last time I took that stretch of road was probably 15 years ago on a drive up north from Nebraska, and I haven’t really thought about it much in the years since. But on my way back from a recent visit to my hometown I found myself driving southbound on Highway 60 and when I saw a green road sign informing me that Bigelow was a few miles ahead, I knew it would be a good opportunity for a picture.

From a technical standpoint this image was a little tricky because, as you can tell, I was shooting almost directly into the sun. I shot at f/8 and underexposed by -1EV so as to not blow out the sky entirely, but that meant the sign itself was really dark and underexposed. No problem though, that’s what RAW is for :) I played around with the file in Lightroom for a while and got it to be about 90% of the way to where I wanted it, but struggled to get that last 10% which you can still see in the image here. If you look at the edges of the grass you’ll notice a white haze of sorts that extends into the sky and makes the picture look kind of…well, photoshopped I guess. And that’s because it is. I played around with auto-masking and other tools in Lightroom and eventually just decided that I was fine with the image as-is, even though it’s not perfect. It works fine for me and it gets the point across, and that’s plenty good for Flickr and this blog :)