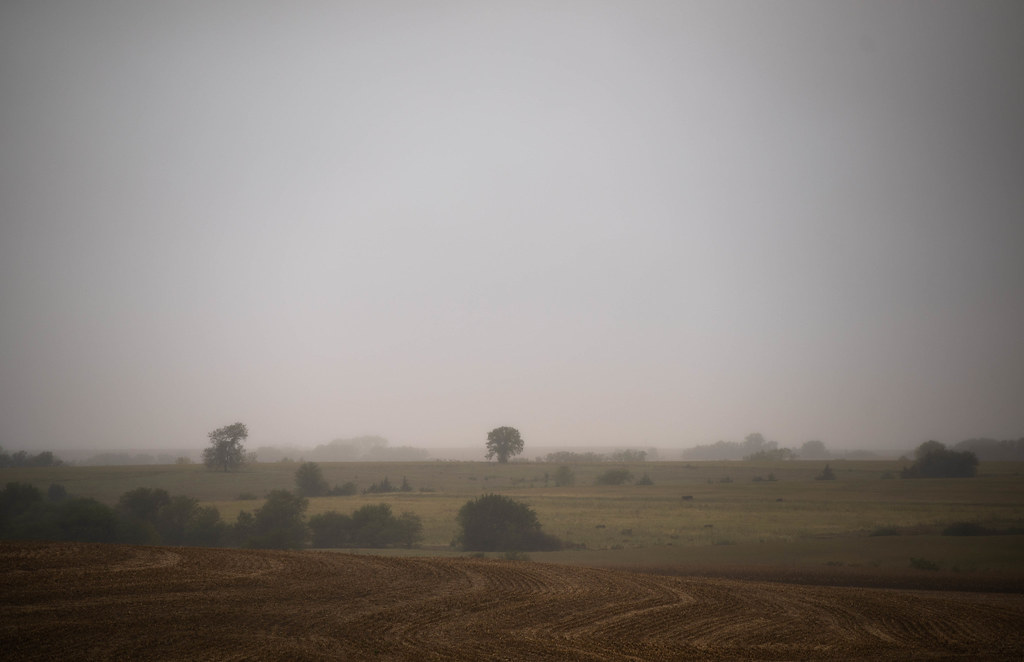 This is the first in a series of three photos I’m going to be posting here over the next few weeks that were all taken on the drive home from a recent trip to Nebraska. When I left for this particular visit I switched things up just a bit by bringing my Fuji X100F as well as my Nikon D750 + 70-200 2.8 lens, partly because I wanted to have the ability to switch things up from the Fuji but also because I don’t think I have ever travelled with that particular camera combination before. That particular combination of cameras and lenses is my go-to setup when I do portrait photography but the idea of taking the D750 and that particular lens with me on a trip was something that hadn’t really occurred to me before. And while the results weren’t always what I was expecting, in truth I didn’t really know what to expect so in that sense I suppose you could say that everything worked out great :)

When I left Nebraska on a foggy Sunday morning to begin the drive back to Oklahoma I thought that the overcast skies and rainy weather would preclude me from taking any photos of significance, but then I realized that this was somewhat of a unique opportunity since it’s usually bright and sunny when I make this particular drive. That said, as I was driving south on Highway 77 between Lincoln and Beatrice I saw this scene on the west side of the road that was quite unlike most other scenes I can recall photographing. The gray sky gave an otherworldly feeling to the prairie, and the tree poking up in the middle of the horizon helped give a nice clear focal point to what otherwise might be a somewhat less-than-interesting image.

I shot this at 200mm, f/4, ISO 100 and even though that gave me a nice clean image with plenty to work with in Lightroom I found that I didn’t need to do much at all to get the image to look like the scene I can recall seeing so vividly from the side of the highway. Of the ten or so pictures I shot before I got in the car I chose this one as my favorite because of how much empty space there was at the top, as opposed to other images where the horizon basically bisected the frame. The empty gray space seemed like it added to the otherworldly feeling of the picture as a whole, and I hope the image captures a sense of calm and stillness that was almost palpable as I stood there on the side of the road.