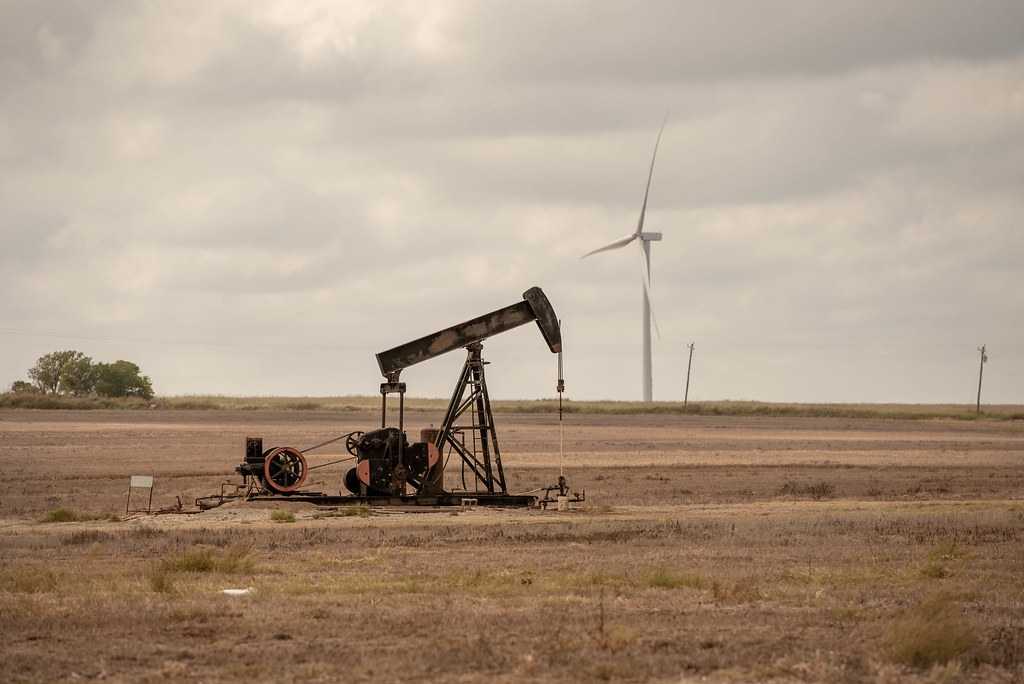 The third and final image from my series of photos taken while traveling from Nebraska to Oklahoma, this one is a bit different in that it’s actually not off the beaten path at all. It’s not taken from a dirt road, winding highway, or secret spot of any kind. In fact it was taken on a very busy stretch of Interstate 35 just south of the Oklahoma border, and this is a scene I have probably driven past dozens of times over the years and never really thought about very much. But when you look at the world around you in terms of photography opportunities, it’s interesting what can really jump out at you.

If you saw last week’s photo you know the sky was kind of overcast on this day but at this point it had stopped raining outright, leaving some good lighting conditions for taking photos. Since I was on the interstate at this point, having left Highway 77 in favor of faster speed limits, I was really just wanting to get back home and not really interested in taking pictures anymore. But when I noticed this oil pump just west of a rest stop (one of those parking-only deals where you can pull off the road and stretch your legs, but not much more) I really wanted to get a picture of it because…well, once that photography bug bites you it’s hard to ignore.

It wasn’t until I got out and was framing the shot in my camera that I noticed the wind turbine in the distance behind the pump, and I thought the contrast between old and new would make for an interesting image. I wasn’t really sure about the aperture to use though, because I didn’t want to blur the windmill too much but I also wanted to make sure the pump was firmly established as the focal point. I ended up shooting this at f/4.8 but to be honest it didn’t turn out that different from others shot at f/2.8. What really mattered to me in the end, as I was looking through the images on my computer, was the position of the blades on the turbine.

It’s difficult to explain, but in a lot of the pictures the blades just didn’t look interesting. They seemed static and lifeless, or just plain weird such as one blade pointing straight down with the other two angled upward. This picture somehow conveys a sense of movement and depth in the turbine blades, which combined with the pump fully above the horizon (this was also moving up and down as I took pictures) resulted in an image that seemed much more interesting to me than some of the others.