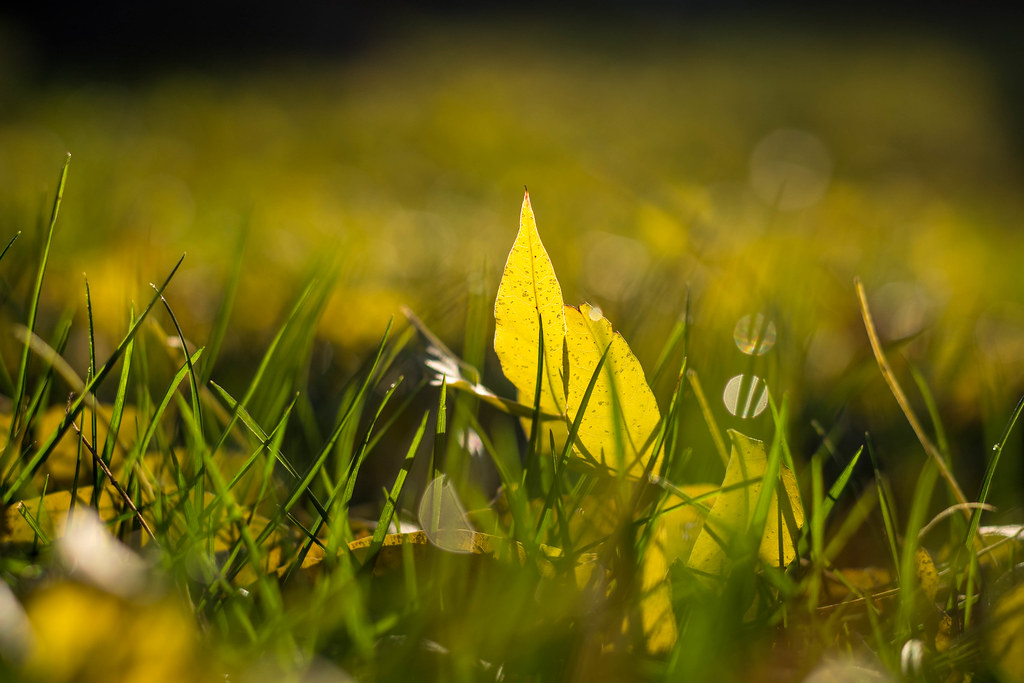 If last week’s post was about the end of one year, this week’s image is about the beginning of a new one. It’s a bit ironic though, since I shot this in November 2018 and what you’re seeing here isn’t the beginning of anything. In fact it’s the last gasp of light and life from our Chinese Pistache tree in our back yard, and the very next day after I took this photo the scene here was one of dull, lifeless brown. Still, the picture represents renewal for me despite what is actually happening in it, and I like to think that with the onset of another trip around the sun it’s pictures like this that are going to mean something a little more.

So a bit of background here. It was a chilly Saturday morning and I was eating breakfast with my kids while my wife slept (I like to let her sleep in on the weekend if possible) and noticed the sun peeking over our fence. Our trees had been losing their leaves and the green grass was riddled with spots of yellow and orange, and the early morning sun cast an almost otherworldly glow on the whole scene that was accentuated even further bit near-frozen dewdrops on nearly every surface. I wondered if it would even be possible to capture some of the scene with my camera but knew I only had a few minutes to try, so I grabbed my trusty Nikon D7100, popped on my 50mm lens, and set out to see what I could get.

One of the nice benefits of a newer camera like my D750 (which, as a model released in late 2014, isn’t even all that new anymore) is a tilting rear screen which makes composing low or high shots in Live View a lot easier. My D7100 doesn’t have any such feature so I simply held it as low to the ground as I could, focused as best as I was able to given the constraints of the situation and the fact that I was working in Live View as opposed to the optical viewfinder, and fired off a handful of shots hoping one of them would turn out. The trickiest part was finding a scene to shoot, which wasn’t as easy as it sounds. I didn’t want just a generic image of grass and leaves; I needed a focal point to draw in the viewer and serve as the subject of the image. After moving around a bit I found it in this leaf that you see above, which was poking upwards amidst the green grass and morning dew.

I shot this at f/2.8 instead of f/1.8 to give myself just a bit of leeway in terms of overall depth of field, and I think my favorite part is the bokeh ball just to the right of the pair of yellow leaves. It has the rather unique and, altogether unplanned on my part, property of being divided into three sections because of the way the light is altered by some grass. I didn’t notice that at the time I took this shot but realized, as I was looking through the pictures afterwards, that I rather liked that little bit and thought that it served as kind of an interesting added touch to the image.

So here’s to a happy, healthy, prosperous, and joyful 2019. Today is a day, and this year is a year, full of possibilities. So let’s go exploring.