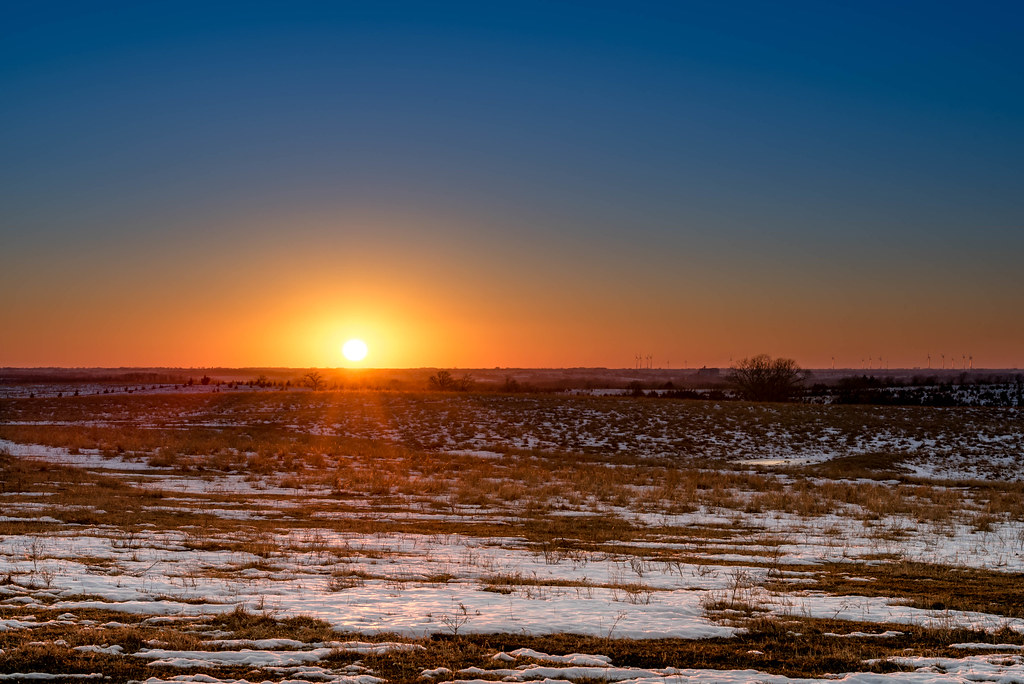 It’s always good to turn around.

Shortly before I made this image I watched a video from Nerdwriter about one of the greatest photographs in American history, that of a mother and her children during the Great Depression. In the short video essay Evan Puschak, the creator and narrator, discussed how Dorothea Lange took this picture and it all started by her decision to turn around and return to a scene after she had already driven past. This is something I’ve pondered a lot over the years but at no time is this thought process quite as crystallized as it is when I am literally driving along a road, see a scene that might be interesting to photograph, and just continue onward. Almost inevitably a little voice starts nagging me and I end up turning around to see if I can get a picture I might like.

From time to time I have found myself driving between Oklahoma and Nebraska and whenever this happens I like to take the road less traveled, quite literally. I take it easy, stop often, and look for picture opportunities and in the process will usually stretch a six-and-a-half hour drive into nearly eight hours. I almost never regret any instances in which I have reversed course to get a picture, and even if the resulting image isn’t all that great I at least know I tried.

When I shot this image I was standing right here just northeast of Odell, Nebraska, while the sun was setting on a chilly February evening. I got out my Nikon D750 and 70-200 f/2.8 lens, dialed the aperture way down to f/16m, and spent the next ten minutes shooting dozens and dozens of pictures while the sun went down. On one hand it was just a really neat experience, getting to watch the earth become bathed in a dazzling display of orange and red without a breath of wind or noise in the air. On the other hand it was also a fun opportunity to get pictures, and this was my favorite of the bunch.

What really does it for me here are the wind turbines, which were missing on most of the shots I got at longer focal lengths. (I shot this at 70mm, ISO 100.) Seeing them rising above the horizon far in the distance lends a sense of scale that a lot of my other pictures from this event lack, which had the effect of rendering the scene somewhat sterile and uninteresting. The sunset by itself is pretty cool, especially as the rays poke through the trees, but the windmills, each one roughly 350 feet tall, give you a sense of just how vast the scene really is.

It was a quiet and humbling moment, and as I got in my car after the sun was over the horizon I said a prayer of thanks that God saw fit to create this world and breathe life into us that we might get to experience it.