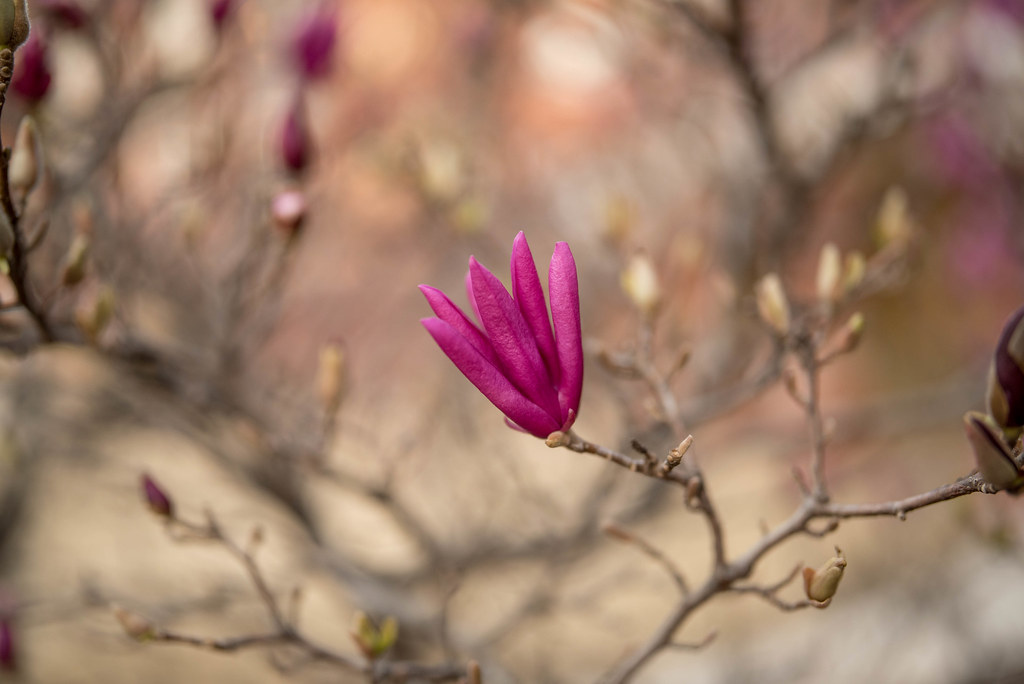 Just a bit about this picture behind-the-scenes before I get too deep into the weeds here. When I shot this I was evaluating a lens for Sigma corporation, specifically their 40mm f/1.4 ART lens that they sent me to test out for a few weeks. I’ve only used third-party lenses a handful of times over the years and always preferred first-party versions, but this thing was a whole other beast entirely. It was awesome, and I was super excited to get to review it. I only wish they had let me keep it!

As part of testing this lens I went around shooting a ton of pictures, several of which you’ll see here over the next few weeks. It was fun seeing the world around me in a bit of a different light, having never shot with an f/1.4 lens and certainly not one of this caliber before. Case in point: this magnolia flower, similar to others I’ve shot before, but on a whole other level optically speaking. The 40mm focal length of that Sigma lens meant that I could capture a wide field of view (not true wide-angle, but wider than a 50mm lens) and get a lot of context to the shot, while the f/1.4 aperture meant that I could all but eliminate the background entirely. Normally to get this much background blur I’d need to get closer, which would mean a narrower field of view and a different image altogether.

You can read my actual review of the lens over at DPS and I don’t want to waste your time just gushing over it here on Weekly Fifty, but I did enjoy shooting with it and seeing what it was like to capture the world at f/1.4 :)