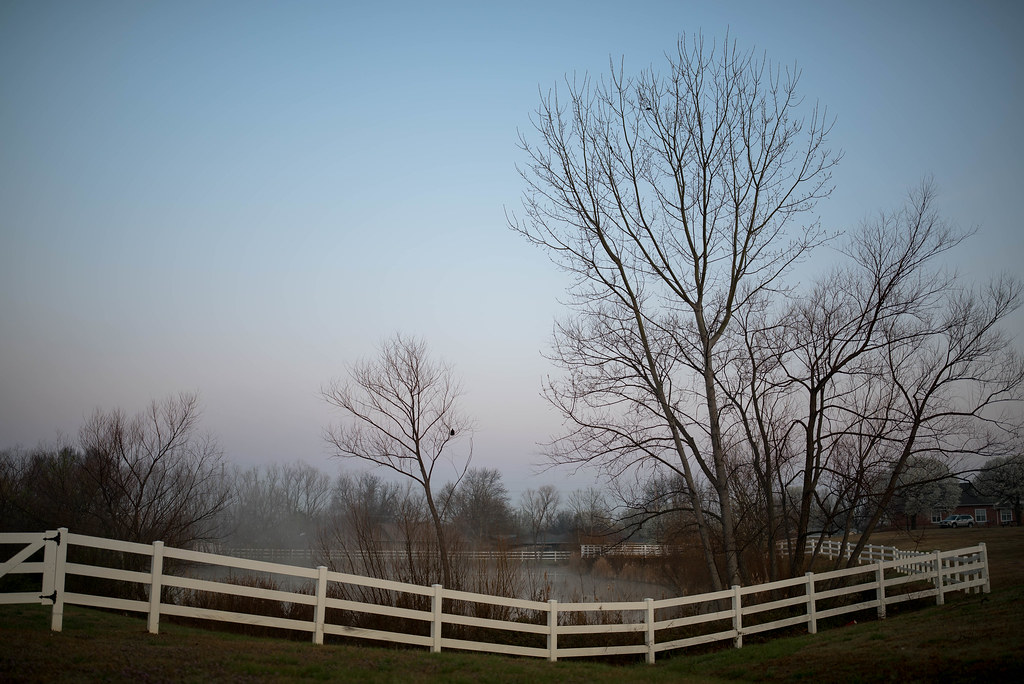 On one hand there isn’t a whole lot interesting about this photo: it’s an urban pond with some trees. And this particular pond is only a few blocks from my house, which means I end up biking past it almost every morning on my way to work. What is a little different about this is the fog that’s hovering just over the left side of the pond, which isn’t something that happens all too often, and I wish I could have been here about 15 minutes prior when there was (I’m guessing) a much more pronounced cloud of mist. I’m happy with what I got though, and I’m going to keep my eyes open for future photo opportunities at this pond as well.

What is a bit different here is the exposure settings and the results I was able to get. Believe it or not, I actually shot this at f/1.4 on the Sigma 40mm f/1.4 ART lens. Normally I’d never shoot a picture like this at maximum aperture because the tree branches would be a blurry mess due to an overall loss of sharpness, but this lens is amazing even when using it wide open. If you click over to the high-resolution version on Flickr you’ll see that every little branch and twig is tack-sharp, which I didn’t expect at all when I took this photo. Mostly I was just experimenting for kicks and giggles, and I really was caught off guard when I saw the results in Lightroom.

Even though the sun isn’t up yet, and the light was super dim, I was able to shoot at 1/250 second and ISO 100 thanks to the f/1.4 aperture on this lens. I think that was one of my favorite parts about the lens for a couple of weeks–the freedom I had to use it at basically any aperture and know I wasn’t going to have to compromise in terms of image quality. I don’t plan on spending that much on a single prime lens any time soon, but it was neat to see performance like that firsthand :)