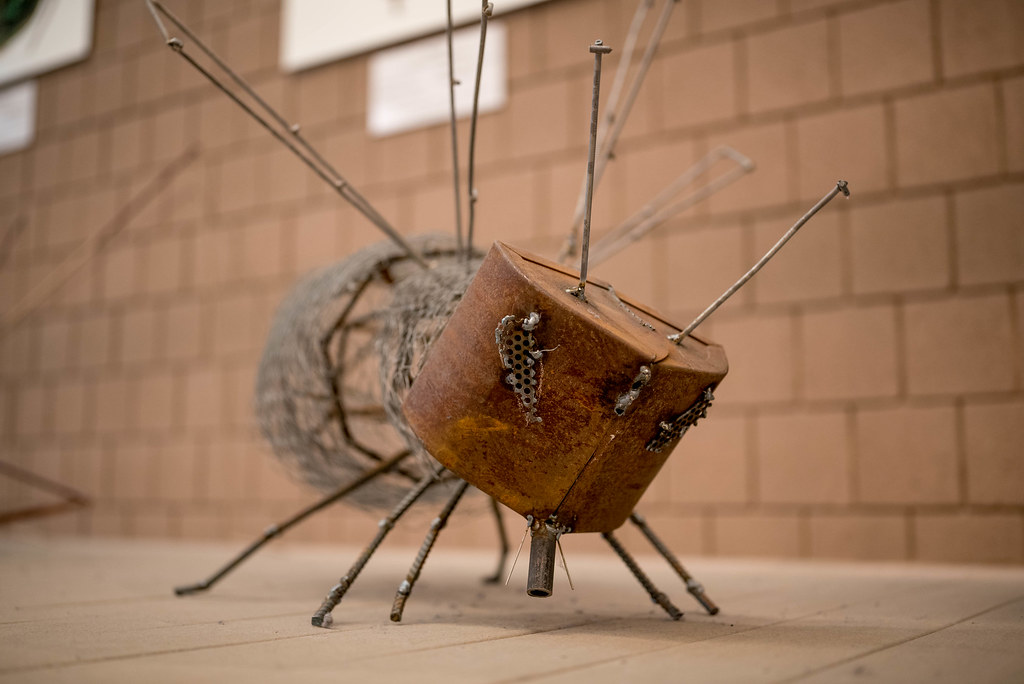 Here’s a scene I have viewed many times, and often stopped to photograph, but was never quite able to get it to look how I wanted. This metal sculpture is on the first floor of one of the Engineering buildings on the OSU campus and every time I walk past it (which is maybe once or twice a semester) I think about how this, and other similar objects nearby, would be interesting photo subjects. But no matter what I’ve tried, I just haven’t really been able to capture what I think might be a compelling image. There’s always some kind of compromise or constraint I can’t overcome, and I’m left with kind of a shell of an image that doesn’t really do justice to the subject.

On my most recent stroll down this hallway I realized I finally had something that would help: the Sigma 40mm f/1.4 ART lens. (And yes, I realize that after a few weeks of posts about this lens I probably sound like some kind of corporate shill, but that’s not it at all. Sigma let me borrow the lens, but that’s it. I haven’t gotten a dime from them and I doubt I ever will. I just really enjoyed using the lens.) The 40mm focal length let me stand far enough back to get this entire sculpture in the frame, and shooting at f/1.4 meant I could get a smooth, pleasing background blur while keeping my subject in sharp focus.

I’ve tried similar pictures with both my 35mm and 50mm lenses and it just hasn’t quite worked. Either the framing wasn’t right or the background wasn’t blurred or the picture just wan’t quite sharp enough. But that 40mm Sigma lens worked wonders in this situation. I held my D70 down on the floor, flipped out the rear screen, and used Live View to compose the shot while zooming in to check focus. It was a fun shot to get and maybe the next time I’m in that same hallway I’ll try other pictures anyway, even though I don’t have that lens anymore. Maybe there’s shots I just haven’t considered yet. Hmm.