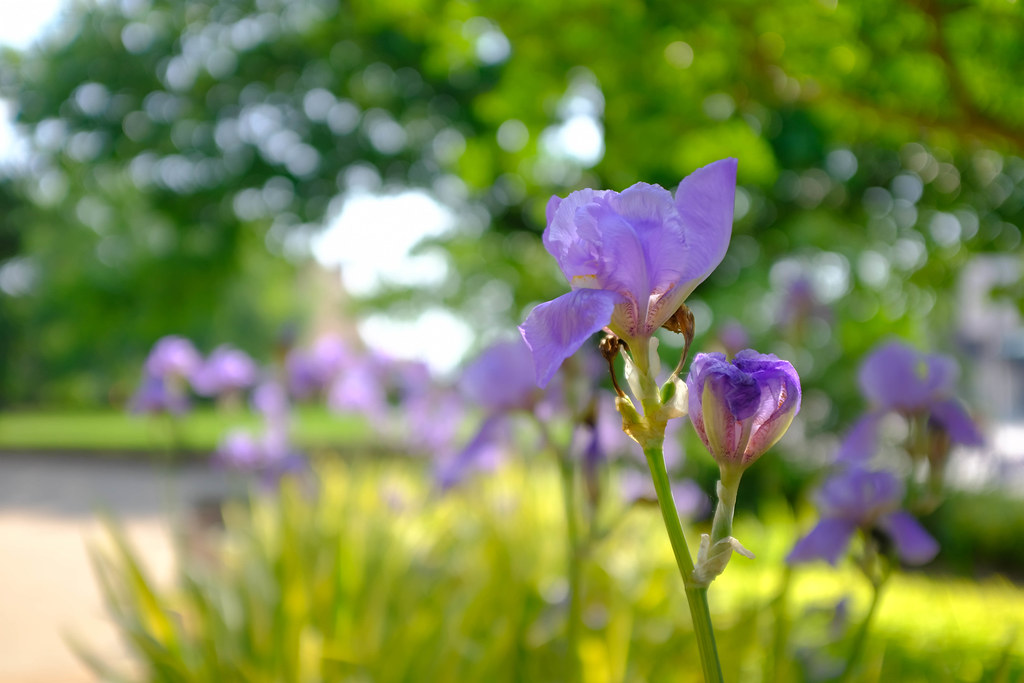 It’s been a rough couple of months here in the Midwest, and hopefully by the time you read this the sun will be shining and the waters will have receded a bit! We capped a chilly winter with a very wet and rainy spring that saw rivers well over their banks, lakes swelling, and farmland inundated with more water than it could handle. The day after I took this image we got yet another all-night downpour and Theta Pond, which was right behind me as I shot the picture, was more like Theta Reservoir and a little waterfall was pouring onto University Avenue because of it. And thus the name of the picture reflects the conditions in which it was shot, which was an abnormally sunny day in the midst of lots of cloudy ones.

My inspiration for this photo was a few images that I recently posted which I took with my niece when she was in town. It’s weird how the simple act of going out to take photos of flowers can be so soothing, and a good way to slow down and enjoy the simple things in life. There’s flowers all around, especially at this time of year, and yet how many times have I thought to myself “There’s nothing to take pictures of?” (Answer: way too many times.) So I figured I would do just that, and it was a nice way to slow down for a bit which also resulted in a cool photo.

As is normal for me when I use my X100F I shot this in JPEG and used the Velvia film simulation so I wouldn’t have to do a lot of RAW editing. I shot wide open at f/2.0 to get a bit of foreground/background separation, and I think (though I’m not exactly sure) I used the electronic shutter so I could get a proper exposure despite shooting wide open. I used to activate the ND filter for situations like this, but that often slowed down the focusing so I’ve been using the electronic shutter instead and for the most part it works quite well, especially outdoors.