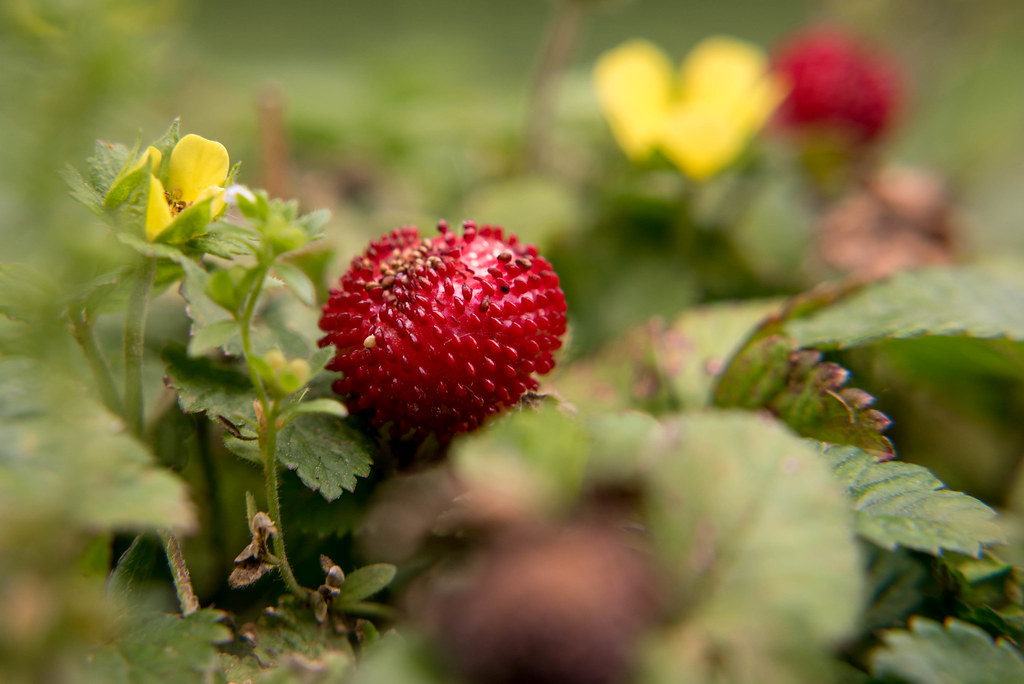 I was out in my backyard with my youngest son one day earlier this year when we both noticed a large patch of very small strawberries that had appeared almost overnight. Ever since we moved in to our house here in Oklahoma we have had wild strawberries show up at roughly the same time each year, in roughly the same location, but I’ve never thought to photograph them or really notice them much at all. But it’s interesting what comes to mind when you’re with a child, and seeing the world through their eyes can help open yours a little larger to take in things you never previously considered.

Once again, as in last week’s photo, it was my Nikon D750 and 50mm lens, along with some close-up filters, that allowed me to get this image. I forget which filter I used here but it might have been the +10 again, which is one that I have traditionally not liked all that well compared to the +4. And yet, here we are :) It’s difficult to tell from the photo but this particular strawberry was about 1cm in diameter and I really liked how it was nestled in between green leaves and yellow flowers. I shot some other images where strawberries were on their own or paired with just greenery, but this one felt like I was peeking into a hidden world of sorts.

This shot, and the one from last week, were fun reminders that sometimes you need to go back to basics as a way to reset yourself. I’ve got a collection of cameras and lenses I’ve acquired over the years but it’s nice to go back to the classic 50mm lens to get shots that really are special.