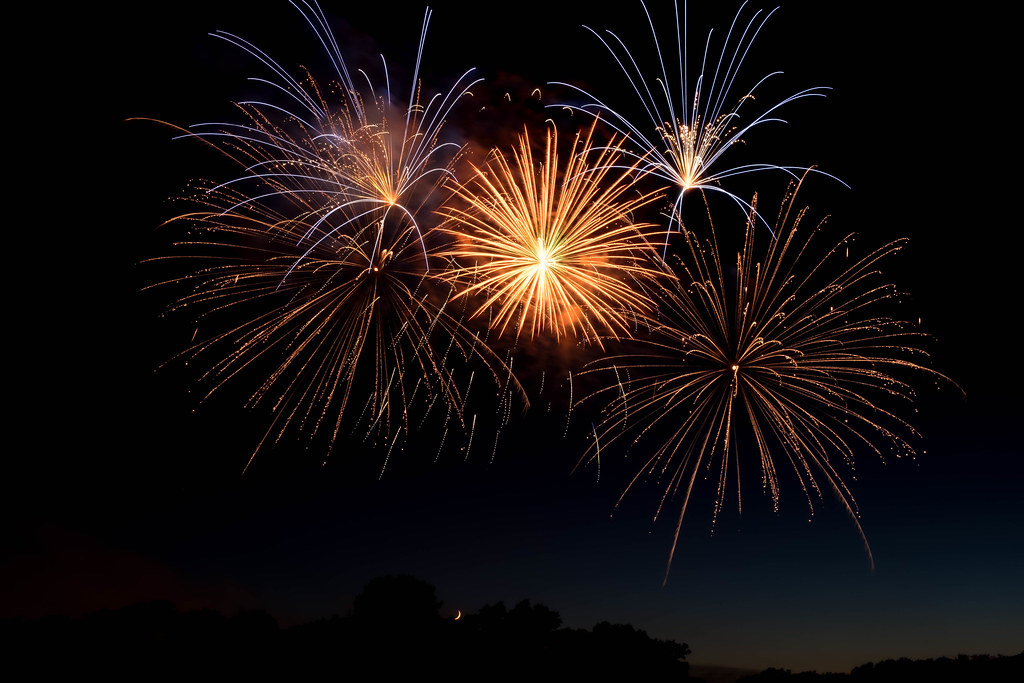 I know it’s a bit of a cliché to take pictures of fireworks, but this was the first time in my life I actually got the opportunity to do it so I was pretty excited to see how they turned out. The thing is, most years on July 4 we put our boys to bed around 7 or 8 and then watch Netflix or do household chores (that laundry isn’t going to clean itself, after all) before heading to bed. We don’t live close enough to the spot where our city has its big fireworks display, and while I have taken pictures of the sparklers and ground bloom flowers we light in the driveway it’s a far cry from a big display of aerial explosions.

This year we were visiting some friends over Independence Day and we took the opportunity to do something special by letting our boys stay up late for the big show. Our friends live a few blocks away from the park where most of the city gathers to see the fireworks, so I thought it would be a fun opportunity to get some shots of the action. Having never done this before I didn’t really know how to set up my camera or how things would turn out, but I was pretty happy with the results.

First, my camera settings: F/16, ISO 200, 23mm focal length (which, on the Fuji X100F translates to 35mm equivalent), and shutter speed of 10 seconds. I quickly realized after the first few shots that longer shutter speeds would result in messy streaks in the sky compared to what you see in this photo, and for the rest of the event I hovered between 8 and 13 seconds.

I also want to note that I was standing directly behind my kids and next to my wife. I didn’t want photos of the display to detract from the experience of seeing fireworks, so I mostly just watched and ooh’d and ahh’d with my kids while pressing the shutter casually.

The reason I like this particular shot isn’t necessarily because of the fireworks, but because of the moon peeking over the trees. It felt like our celestial friend decide to stop by and watch the bombs bursting in air in a show of celestial patriotism :) The moon moves pretty quickly though and a minute after this picture it had gone behind the trees again, almost as if it stopped by to pay its respects and then continued on its journey.