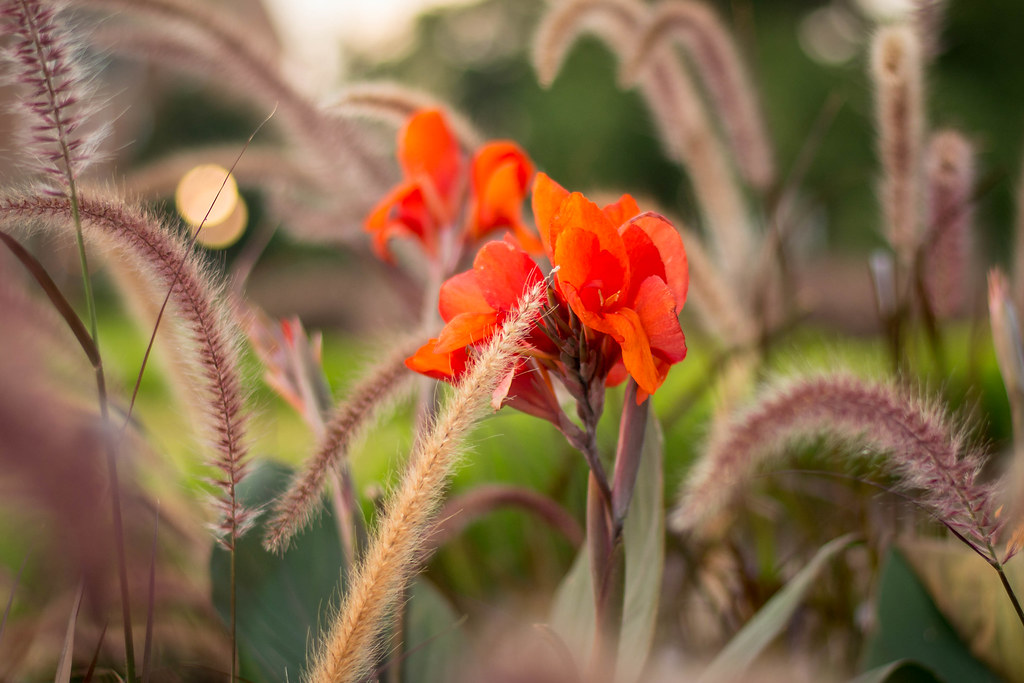 If this picture seems similar to the one from October 16, it’s because they were shot in relatively close proximity about two minutes apart. This one actually inspired the other one, but I’m posting it second because I like the other one better :) This was about 6:55am on a warm August morning and I wanted to get a picture of this flower with my D7100 and 50mm lens, but I also wanted to get something interesting in the background instead of just having the flower be the sole source of interest for the viewer. I started by taking a similar picture of the same flower, checking it out on my camera, and then realizing that the yellow light way in the distance would provide the dynamic element I was really looking for.

I’ve noticed this about pictures I take of flowers–I like them to be a little more than just a flower, which is partly why I was surprised that my recent image of a yellow burst of petals floating in a field was more interesting to me than I initially thought. In this case I didn’t just want the red petals by themselves, and on their own they didn’t look all that interesting. But combined with the yellow lights in the background, the flowers got a lot more compelling.

That’s one of the lessons I continue to learn as I take pictures: you might have an interesting subject, but if there’s not a secondary element to punch things up a bit it might not be all that great of a photo. Sometimes, sure, but as in the case of my image of fireworks with the moon poking through the bottom I sometimes find that it’s those extra bits that push an image from 10 to 11. Not that this picture is either of those (I’d give it more like a 5 or 6) but it’s still something worth paying attention to when you take a picture. What else, besides the main subject, can you get in the frame or otherwise add to the picture to make it just a bit more compelling?