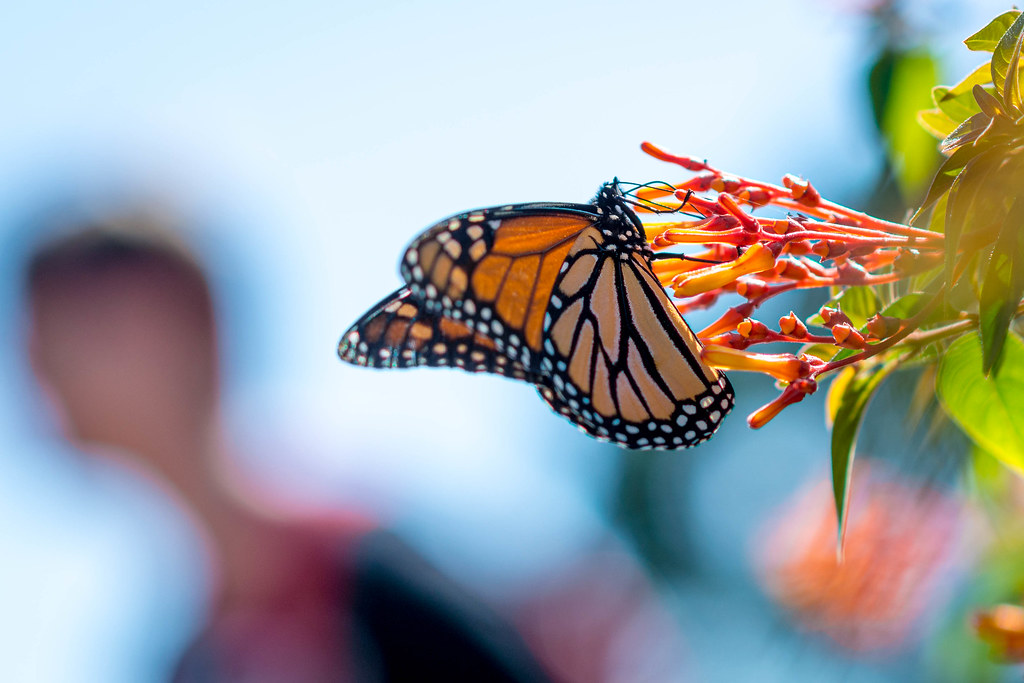 Last year the annual monarch butterfly migration kind of caught me off guard, so this year I was determined to be a little more prepared when the orange-winged creatures started fluttering through town. I used a migration tracker map to figure out when a good time would be to start looking, and made sure to have my camera with me and ready to go. The day I shot this, in early October, was a bit warm after a few rather chilly afternoons but despite the nice weather and my map-based planning I really didn’t see many butterflies at all when I took a stroll through campus after lunch. I had my D7100 and 85 f/1.8 lens which I knew would help me get a good shot without getting too close to any butterflies and, hence, scaring them away, and it would have worked great if only I had seen more butterflies. Alas, I think I only saw one or two and they weren’t near enough to get a good shot, and the few times they landed in what would have been good photo locations I would have had to trample the flowers just to get near.

As I was heading back to my office I finally found a nice large monarch butterfly hanging out on some flowers near the formal gardens in front of our student union and immediately started firing away. I didn’t know what would come of the pictures since the lighting was less than ideal and there were students walking around, but as the saying goes you miss 100% of the shots you don’t take. (“‘Wayne Gretzky’ – Michael Scott”) I set my aperture to f/2.8 so I could get a blurry background with a depth of field that was a little more forgiving than f/1.8, and managed to get about a dozen pictures before the butterfly went on its way.

I didn’t think I captured anything worth saving at all until I saw this particular picture in my Lightroom library, and the more I looked at it the more I liked it. The wing in the foreground is completely sharp, the colors pop and bring life to the scene, and the student in the background (which my mom said looks like an alien) lends a sense of kinetic energy that I didn’t plan on at all. The human/alien form also helps you, the viewer, understand a bit more about the angle from which this was shot: it was clearly low to the ground in order to have that type of view of the person. This photo turned out much better than I had planned, and on Instagram one of my followers asked if they could use it as the featured image in an article. So that was cool. I think my favorite part of this picture was that it came out of nowhere and I didn’t think anything would amount from it at all, but it turned out to be one of my favorite shots I’ve been able to get recently :)