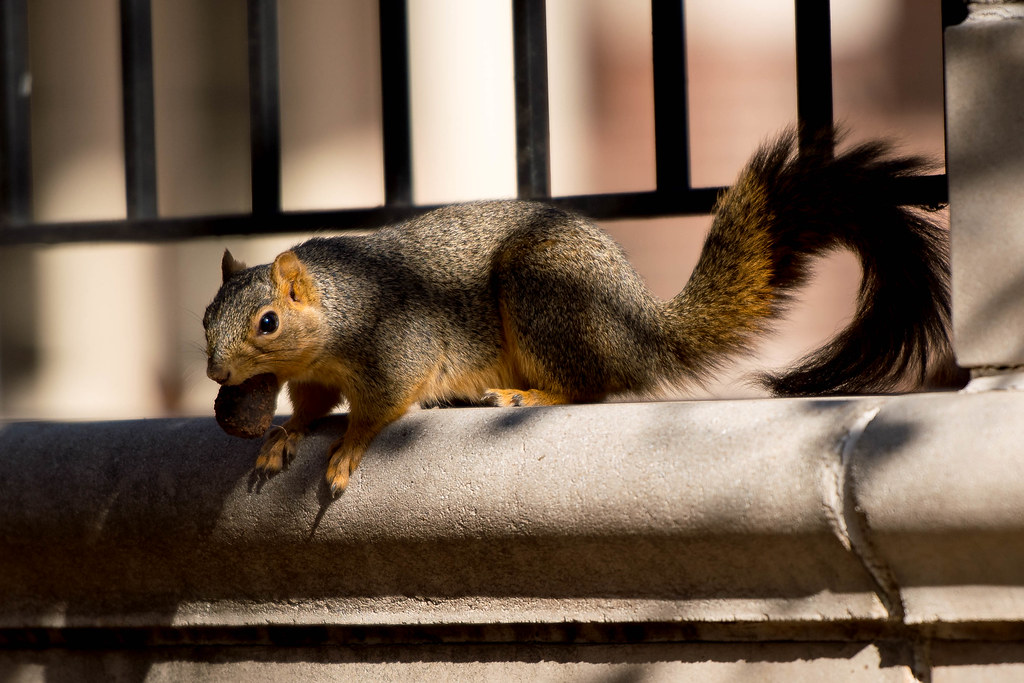 I wasn’t actually going to use this photo for anything, much less a Weekly Fifty post, when I shot it outside Willard Hall in mid December at Oklahoma State University. It was really just me getting out for a few minutes with my new camera and 70-200 f/2.8 lens, and and taking a few pictures just for fun. But as I was looking through my image library in Lightroom something caught my eye about this particular photo. It’s different from other squirrel pictures I have taken, and a little more compelling and interesting than a squirrel just sitting on the ground or climbing a tree. I realized after a while that what really made this one stand out was the lighting, much moreso than just about any other image of an animal I have shared here on the blog.

I got this shot after a walk around Theta Pond with my camera and not seeing anything that I wanted to photograph. Like, nothing at all. Not a single goose or duck or turtle or anything. No worries though, it was a nice day and I needed to get back to my office anyway. Then I saw this squirrel by the base of a tree, and followed him a hundred yards north to a large porch on the south end of Willard Hall. Like most squirrels this one was a little skittish, but I was quiet and careful and eventually got a picture just like this but shrouded in shadow. Oh well. That happens. And then, almost as if this little guy knew what I was up to, he scooted over just a few inches so his face was perfectly lit. I raised my camera, fired off three exposures in rapid succession, and he turned and ran the other way.

I didn’t think much of it at the time, but I believe this little squirrel gave me a photographic gift that afternoon. The way the light hits his eye, and the shadows wind across his body, add a sense of depth and complexity that I don’t normally get in most of my shots. Usually I look for subjects that are evenly-lit all around, which is kind of boring but it’s a formula that works for me. This picture, while nothing especially noteworthy as far as shots of squirrels go, was different enough that I’m starting to re-think my approach to animal photos altogether.