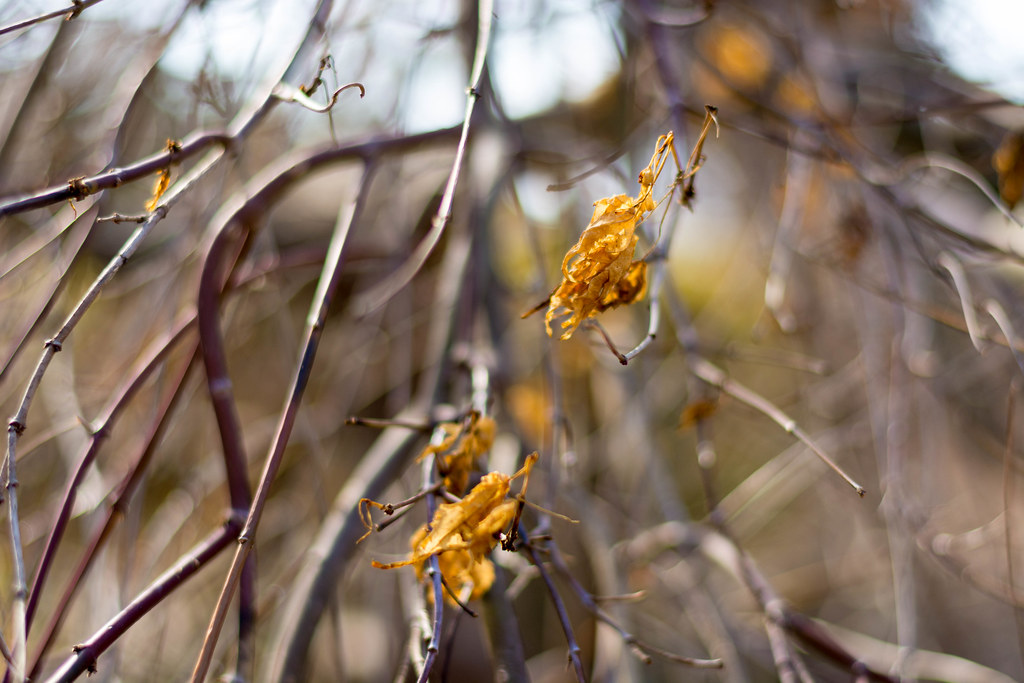 Sometimes it’s fun to just go out and shoot normal things at super wide apertures. That simple concept helped foster my love of photography several years ago, and to this day it remains a fun way to use my camera while seeing the world around me in a bit of a different light. When I shot this picture I had my D7100 and 50mm lens, and noticed a bush with yellow dried up leaves scattered all around its edge. It was the type of conventional, unassuming scene I would normally just stroll past but I saw that the leaves were slightly backlit and it made me wonder if it would be an interesting picture as a result. So out comes my camera, and a few shots later I ended up with this.

But what exactly is this? I’m not entirely sure. Most of my photos have a clearly-understood subject, and I think that was partly my intent here with the upper leaf being the first thing to draw your attention as a viewer. But as I keep looking at this shot the less I think it even has a subject at all, and the two yellow leaves are just part of the larger composition but not any more or less integral than anything else. Basically I don’t think this picture has one single subject, but the whole image kind of stands on its own as a complete entity with many different parts to draw your attention.

I mean, it’s just a brown plant. I’m not trying to make a grand statement here, but this is a bit of a different type of picture compared to what I’m used to shooting. There’s almost a sense of kinetic energy despite everything being dull and brown-toned, and I think that energy stems from the diagonal lines on the left and right side that almost look like cascading waterfalls. About a year ago I was fortunate enough to test the Sigma 40mm f/1.4 Art lens for a few weeks and I took some shots kind of like this, and even though this 50mm f/1.8 picture isn’t as sharp or compelling as what I could get with that other lens, I like it anyway :)