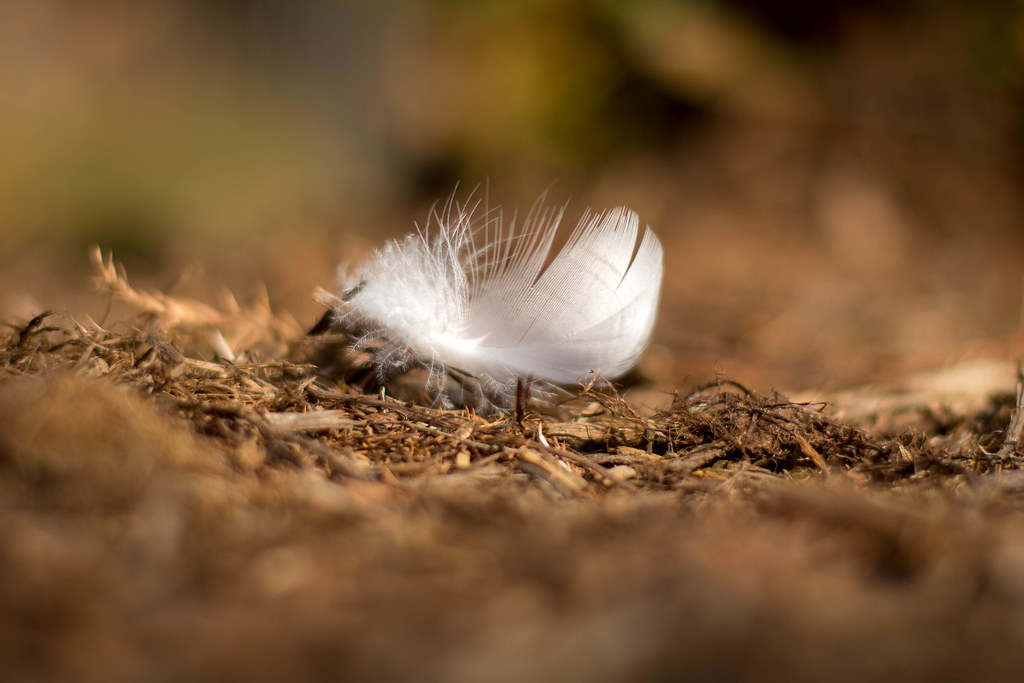 I don’t know if these types of photos are cheating or not. All it takes to create an image like this is this simple process:

Of course it helps to pay attention to lighting, composition, contrast, and a lot of other elements as well. But if you just want a cool-looking photo to share on your Instagram, this process works almost every time and that’s why it almost feels like cheating.

And yet, that doesn’t mean that these kinds of photos aren’t fun to take :)

I like it when I can find photo opportunities like this instead of create them artificially, and this feather sitting on the ground is a good example. I was walking around Theta Pond in February and saw this white feather sitting on the dark ground, and that type of contrast is nice because your eye is immediately drawn to the subject and then, later, to the surroundings. The sun was already kind of low on the horizon because that’s what happens in the afternoon in February, and I knew my 50mm lens would capture the scene pretty well.

I set my D7100 on the ground, enabled Live View, and took a few shots at f/1.8. I always like to stop down a bit after getting some shots at 1.8 just in case the depth of field is too shallow or the image is a bit soft, but in this case it was the wider-aperture version I liked best. Even though the 50mm f/1.8 lens isn’t a top optical performer the sharpness of the feather was pretty solid in this image, and there was a very slight breeze that had lifted it up just a bit to add a sense of weightlessness to the picture that I quite enjoyed.