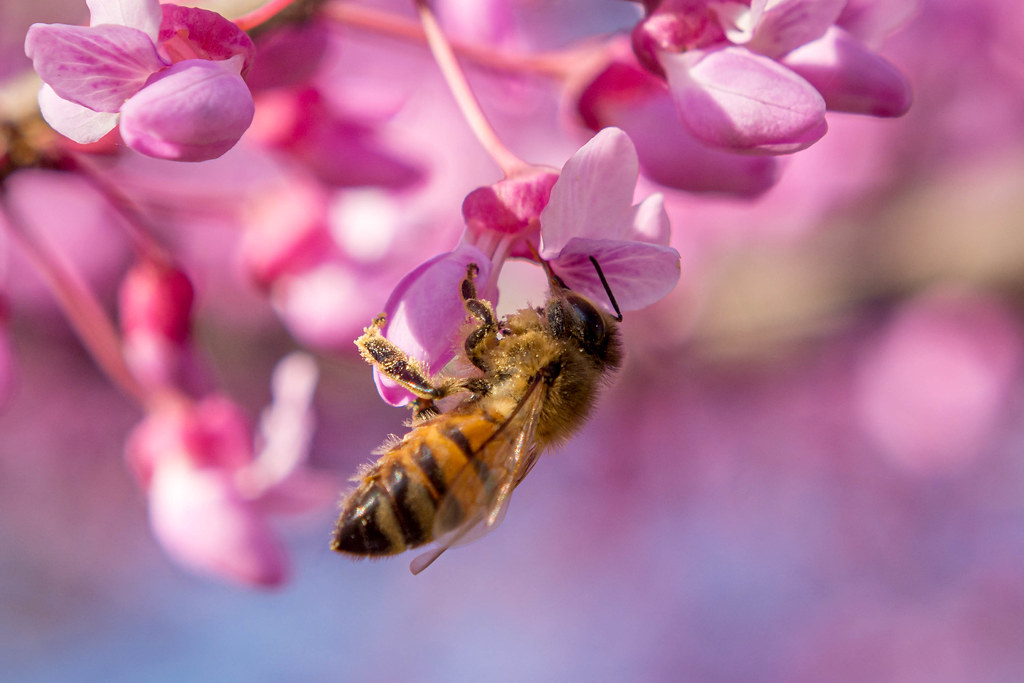 I wasn’t going to post this picture. I almost didn’t even take this picture. It’s not my favorite photo, and in fact I would say I don’t even like it that much at all. However, despite everything I don’t really care for in this image I thought I would share it here anyway as kind of a progress pic. Sort of.

Here’s the deal. Or the background, rather. In June of 2014 I took this shot of a honeybee approaching a magnolia flower which was the first of its kind I was ever able to get. I got it with nothing more than my humble little D200 and 50mm f/1.8 lens in a mostly unexpected act of photographic serendipity. It’s kind of a neat photo, but one thing I wish I could have gotten better was a full image of the bee. That picture was almost the shot I wish I could have gotten. Almost, almost…but not quite.

Ever since then I have thought about how cool it would be to get a shot of a bee sipping nectar from a flower, or hovering close to a flower, or something, anything, involving a bee and a flower. But man, those shots are difficult! Or at least they are for me, since there’s probably more I could do to get those types of shots that I just don’t know about. Or, more accurately, am too lazy to do on a regular basis :)

Anyway, if I ever see flowers and bees and happen to have my camera I always try to catch that white whale, photographically speaking, and while it’s never really happened to my satisfaction I keep trying hoping to one day get the shot I’ve been thinking about for years. In the meantime I need to learn to keep practicing, and also be happy with the pictures I am able to get even if they’re not what I would consider ideal or even all that great. They’re pictures that I made, and that’s not nothing :)