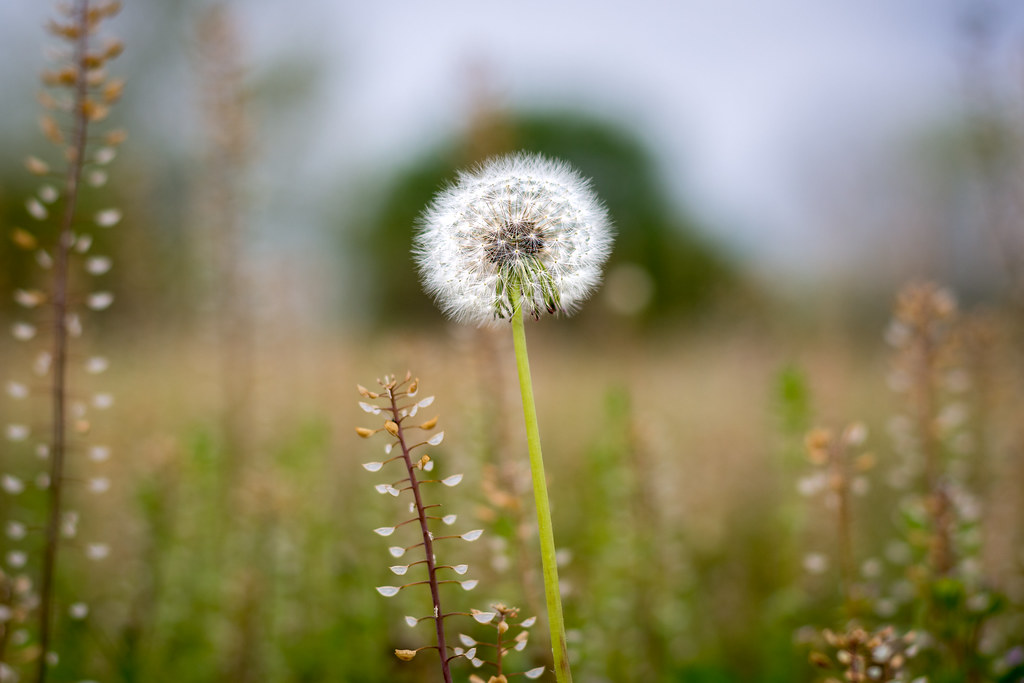 Dandelions. They’re like sand. They are a nuisance, and they don’t seem to go away no matter how many you pull up. They’re not special, and most homeowners like myself see them as one of the last things worth photographing. But sometimes, even the most mundane things can make you look twice and think about something beautiful. That’s what happened here, when my wife and I were out on a walk with our boys and I noticed this rather ordinary dandelion in the middle of a rather ordinary field on a rather ordinary street, on the edge of a simple midwestern town.

We walk down this particular street several times a week, and I often bring my D7100 and 50mm lens just in case something happens to catch my eye. Usually not much does, which tends to happen when you trod the same route with such regular frequency, but as we were walking south one day in mid April I looked down and saw this puff of white all by itself and I thought it would be an interesting photo. So on our way back I told my wife to go on ahead with the kids while I lay down on the grass with my camera to take this picture.

As I often do I shot several wide open at f/1.8 only to come to my senses and make sure to grab a few at f/2.8 just in case the 1.8 versions weren’t to my liking. It’s a good thing too, since the depth of field on the former was just a little too shallow. (Which is a refrain that is all-too-common here on Weekly Fifty. You’d think I would learn, but I never do.) This was the last one in the series, out of maybe 20 or 30 shots (all fired in pretty rapid succession) and the one that just nailed it. You know why?

It’s all about the background. Or, specifically, the giant tree in the background that makes the white cloud sitting atop the slender stem stand out so much. That was completely intentional on my part, and I’m so glad it worked out the way I hoped it would. I mean, how do you get a white dandelion to stand out against a blue sky? You can’t, not really, unless you shoot from a higher angle so it’s against the green grass. But then the photo isn’t very interesting. So as I lined up my shot I shuffled myself around just so, making sure to position the head of the dandelion right inside the greenery in the background. I also made sure no other dandelions were in the shot, which was one thing that stood out to me about this particular plant in the first place. By isolating the subject, and positioning the subject against a contrasting background, I was able to take a simple weed and turn it into a photograph I quite like.