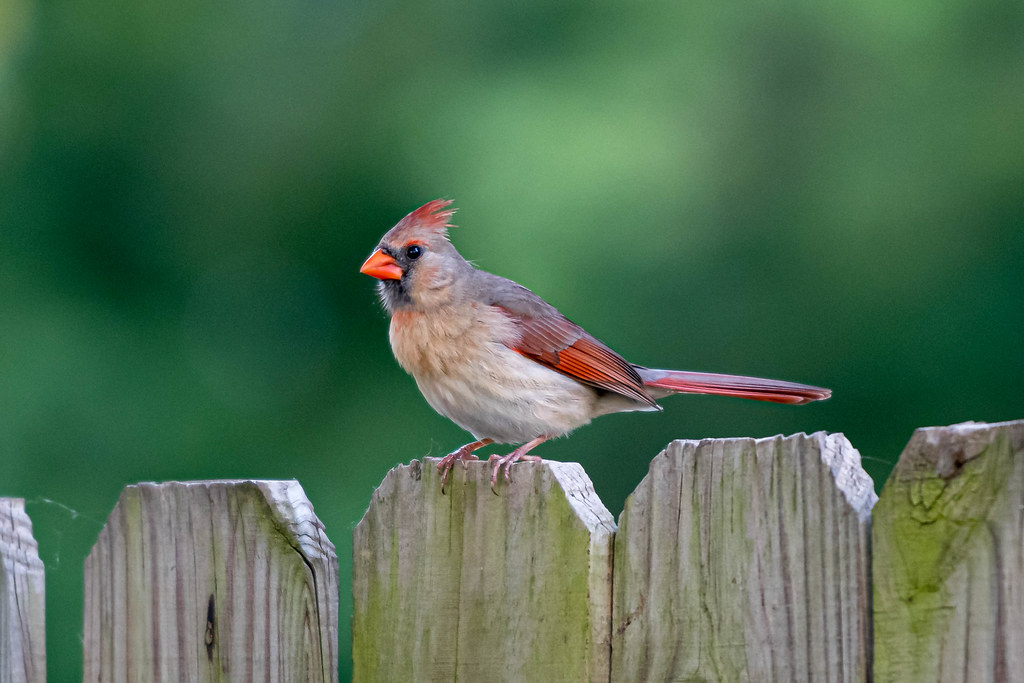 If this picture bears a resemblance to the one I posted last week, that’s because it was shot only a few minutes later. I’m not going to recount the entire backstory of the incident here, so if you’d like to learn a bit more I recommend going to my entry for the previous photo to catch yourself up. I rarely post pictures in pairs, but this was a rare event to get a picture of a cardinal this close up, so here you go :)

What I found most fascinating about this picture wasn’t the image itself but everything that led up to it. And I don’t mean me standing in my hard holding my D500 and 70-200 f/2.8 lens, but the week prior where my wife, my kids, and I got to watch this female cardinal and her mate care for their small nest of baby birds in our backyard tree. For several days we could see them flying back and forth from the fence to a tree to the neighbor’s roof and, of course, to their babies in the nest to bring food. When we first saw this cardinal she was sitting on the eggs, but when I shot this image her babies were just two days from leaving the nest. I know, on an intrinsic biological level, that mother birds care for their young until they are ready to fly away, but it was fascinating to witness the entire process over the course of a few weeks right in our own backyard.

As with last week’s image I’m not sure if these birds had acclimated to me and my family, but they were a lot less skittish than normal when they finally allowed me to get close enough for these shots. It felt like we had a mutual sense of respect and understanding, though perhaps that’s reading a bit too much into the situation. We gave Mama and Papa Cardinal a wide berth and all I asked was that they let me take their picture, and I’m glad they were willing to oblige for one fleeting moment in time.