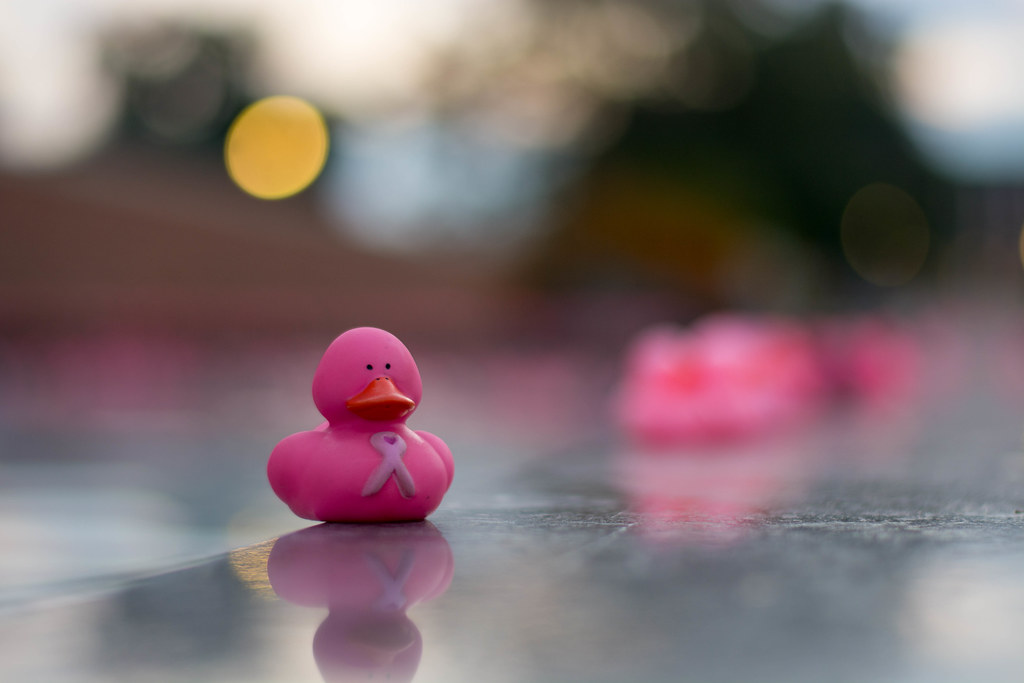 I don’t mind being more than a little out of the loop. I’m usually not the first person to jump on new social or technological trends, and I can’t really tell the difference between a DVD and a Blu-Ray. It’s nice existing relatively free from the one-upsmanship that sometimes exists in other circles, but this photo is kind of a very small example of how it’s a little weird at the same time.

I was biking to work on a cool morning in mid October when I saw the fountain outside the Low Library on campus filled with…pink ducks. Why pink ducks? I dunno. Strange things happen on a college campus sometimes, and you just have to go with the flow or go mad trying to make sense of it all. I didn’t really try to make sense of it or figure out these ducks’ raison d’être, but I did think that the scene might make an interesting photo. I hopped off my bike, busted out my Classic Combo (D7100 + 50mm f/1.8) and got to work.

One thing I didn’t want to do was create some type of artificial scene. I’m not sure exactly why, but I felt like it wouldn’t be right to pose the ducks or otherwise alter the scene just to get a photograph. Even though the entire ordeal was artificial, I wanted to essentially just work with what I was given and not create some type of false photogenicity. (Is that even a word? If not, it should be.) I looked around to see if I could spot a single duck isolated from the rest, and soon I settled on the one you see here. As luck, and time of day, would have it there was a bright yellow bulb in the background which showed up as a really cool bokeh ball when shot with a wide aperture. Really the only thing I changed in this picture was the aperture; I didn’t move my camera forwards or backwards, and once I lined up my shot in Live View (because I had to set my camera on the edge of the fountain which made it tricky to see through the optical viewfinder) the only question was which aperture to use. I cycled through the old standbys: 1.8, 2.4, 2.8, and 4 and wasn’t really sure which one I liked best. It never hurts to have some options though. In the end I ended up picking the f/1.8 image because the silky smooth background was just too good to take a pass on. The other shots were fine but the more the pink ducks in the background became clearer as the aperture got smaller, the more distracting they got and the less interesting the composition became.

My only regret with this image is that I didn’t take the duck’s reflection into account. If I had been more careful I would have scooted my camera back an inch or two in order to get the full reflection in the frame, but I’m just glad I got its eyes.

Side note: A week later I did find out why these ducks were in the fountain. The OSU Wellness Center organized an event to raise awareness for breast cancer, and I happened to stumble on the scene right before all the ducks were cleaned up later that day.