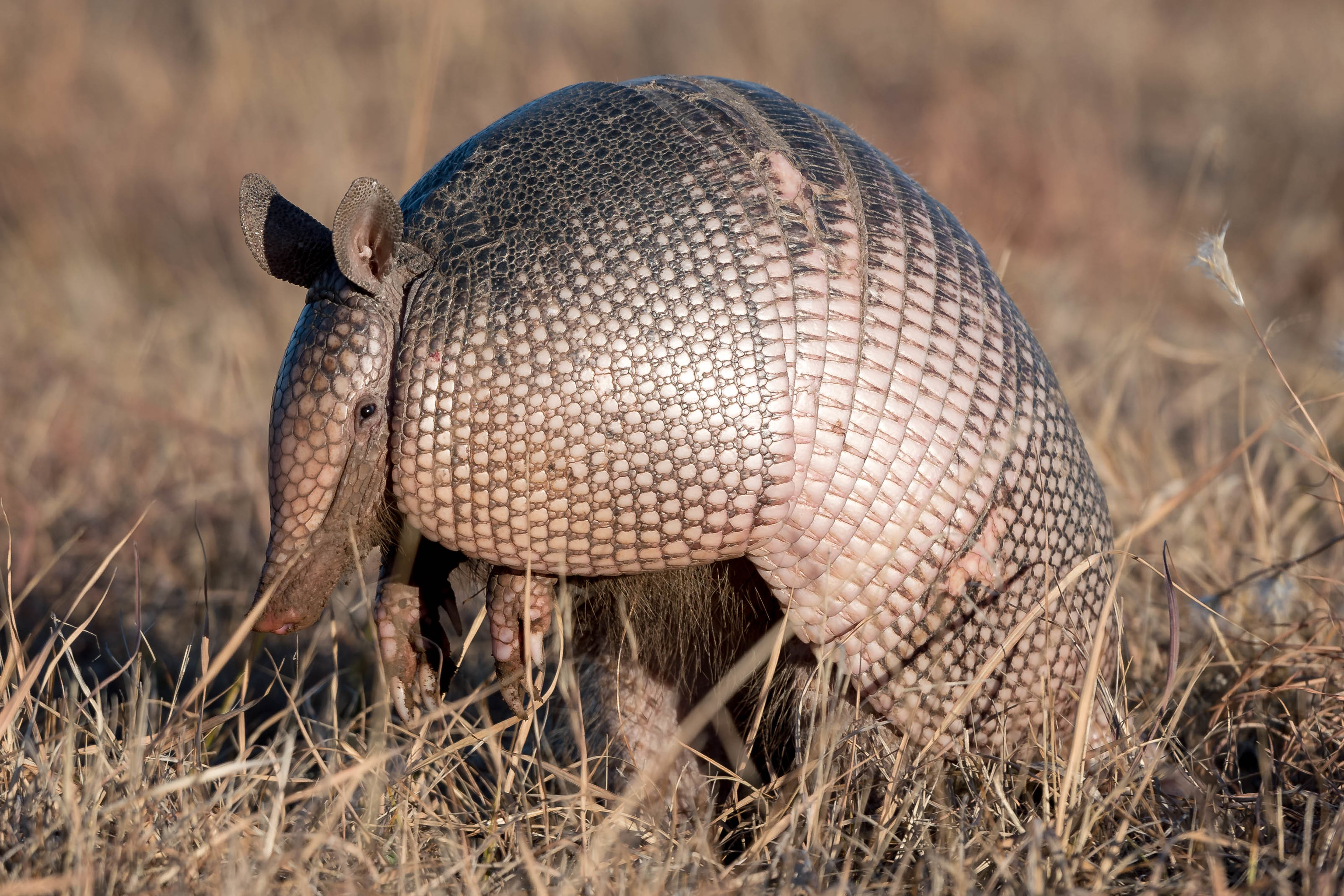 If anyone ever asks me to define the word serendipity I’m just going to point them in the direction of this image. Nothing was planned about this in anyway, and I’m so happy with the results for so many reasons. Before we moved to Oklahoma years ago I had never seen an armadillo in the wild. At a zoo, perhaps, but never just running around like a squirrel or possum or other such creature. While you don’t see these things every single day in urban areas, they really are quite a common fixture out in the country–so much so that they have earned the unfortunate nickname of Texas Speedbumps. We live in Stillwater which isn’t a huge city but not exactly a small town either, and as such it’s not out of the ordinary to see these wandering across someone’s yard or hear them rustling around in the bushes when out walking around Boomer Lake. Or out at Lake Carl Blackwell, where we found this guy.

During the pandemic we have been going on walks out on the equestrian trails at Lake Carl, as it’s known around here, and it’s a really fun way to spend the afternoon with our boys exploring new territory and just getting out in nature a bit. We headed out there on a warm afternoon in late December and I made sure to bring the closest setup I have that resembles any type of wildlife photography gear: My Nikon D500 and 70-200 f/2.8 lens. For actual wildlife photography you would want a much longer lens, but the 70-200 will suffice in a pinch especially when paired with a crop-sensor camera like the D500 to get a little extra reach out of the glass. I didn’t really expect to shoot any particular photos that day, but wanted to be ready in case an opportunity presented itself.

We actually ran across several armadillos during our hike that afternoon, either scampering across the muddy path or off in the distance, but I wasn’t able to get any great photos. Our kids sure enjoyed seeing them, and excitedly pointing out their features like the long snouts and hard shells. As we were nearing the end of the hike, only about a quarter mile from the trailhead, we saw this one armadillo scrounging for grubs in a patch of short grass and I had the thought that this could turn out to be a decent photo opportunity.

I carefully walked towards it, circling wide and making sure the sun was at my back in order to get a nicely-lit image. I crouched down, fired off several shots, stood up, crept forward, and repeated the same pattern. I had my camera on continuous high-speed shooting which fired off 10 frames each second, which was certainly overkill but didn’t exactly hurt either. I set my aperture to f/4 instead of f/2.8 to avoid temping the depth-of-field fates, and a minimum shutter speed of 1/500 second. Mostly this armadillo just ignored me but every now and again would pop his head up, check things out, and then go back to rooting and munching.

And then he stopped. He lifted himself up on his hind legs, and looked right at me for a split second. I jammed the shutter button and held it down until he turned away and scampered off. I took about 150 shots in those few minutes and there was one, exactly one, that turned out how I was hoping which is the one you see here. And the key to this image? The tiny white glint of sunlight reflected in his eye. That one little dot makes the whole photo, and it only happened because I was in the right spot and his head was tilted at just the right angle. I didn’t set out to get this photo when we went on our walk, but I’m so glad everything worked out to make this shot happen.

And that, my friends, is yet another example of why I enjoy photography so much.