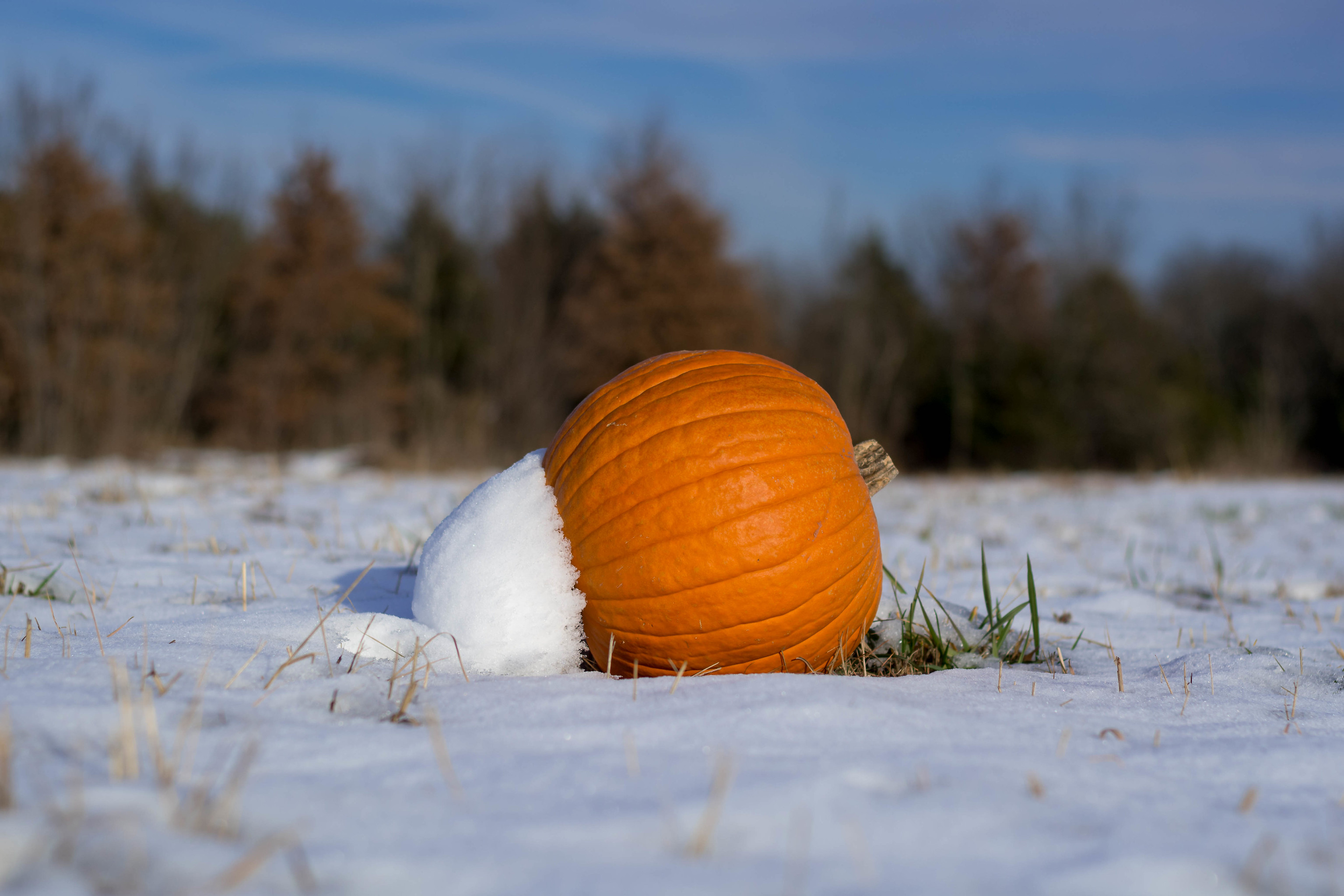 So after last week’s grandiose pontifications about a years-long photography improvement project involving fountains and filters, this image is pretty much the opposite end of the spectrum. I mean, it’s a pumpkin covered with snow. That’s pretty much it folks. Nothing to see here, move along.

Actually that’s not entirely accurate. This picture isn’t anything to write home about, but it does have a bit of a story behind it. Over the past several months many of my Weekly Fifty pictures have been taken along the route that my wife and I walk every day with our kids, who either ride their bikes or putt along on scooters. At some point we noticed this pumpkin sitting in a field all by itself, and it was a little…strange, I guess. It clearly did not grow there, but who put it there? And why? And were they going to come back for it? It was fully intact so it didn’t appear to have been tossed from a car or ejected off a truck. It seemed like someone walked out to the middle of a field, carefully set down a pumpkin, and walked away.

We didn’t really pay much attention other than to remark every day or so as we walked past. “Hmm. Looks like that pumpkin’s still there.” Every now and then I thought about bringing my camera on our walk so I could take a picture, but didn’t really have much in mind for what that picture would look like or why I would even want to take it. Then in late December we had a couple inches of snow, and because we don’t stop our daily walk even in bad weather I thought I would bring my D7100 and 50mm lens to finally get a picture of our little pumpkin friend. I ran out, shot this at f/2.8 with my camera basically sitting on the snow, and ran back to my wife and kids to continue the walk.

There wasn’t much to this photo, really, but I still kind of get a kick out of it. We don’t normally see pumpkins sitting in a field all by their lonesome, and we don’t get a lot of snow here in Oklahoma, so I guess you could say this was a confluence of a couple of odd events. It’s not the kind of picture I’ll be printing to hang on a wall or anything, but it does bring back a fun memory of an interesting time in our lives. One of those artifacts, so to speak, that I’ll probably look back on one day and remember this strange time of living through a global pandemic.