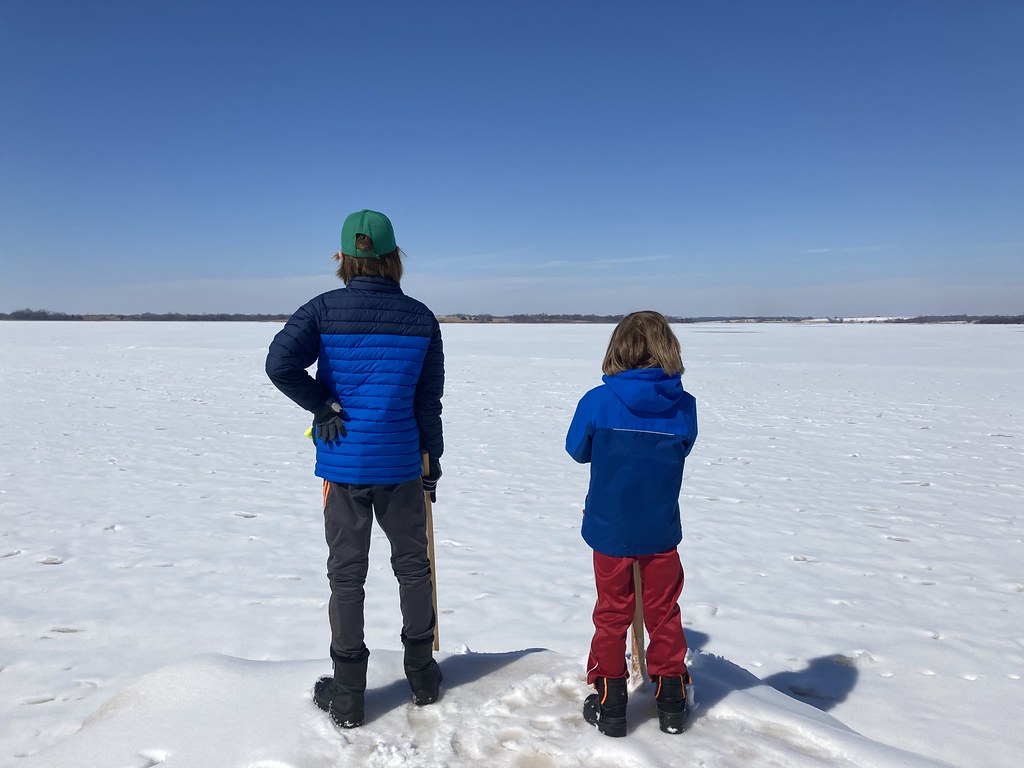 Longtime Weekly Fifty readers know I rarely post pictures of my kids, and when I do you can’t see their faces. That’s because this blog isn’t for me to show off my family, but to share my love of photography and my journey to continually learn more about it. However, every now and then a picture comes along that happens to have my kids in it that I feel justified in sharing here. So that’s one fairly unique thing about this photo.

The other singular characteristic of this picture is how it was shot. I took it with my iPhone, and I can count on one hand the number of times I have posted a mobile phone photo here. Not that mobile phone cameras are any less worthy of being counted among their large-sensor brethren; I just find my particular photographic learning path to involve more DSLRs and fewer iPhones. That’s just me though.

With that out of the way, let me take a minute and explain what’s going on here. This is the fourth week in a row that I’m sharing a picture taken from a very frozen Lake Carl Blackwell when it froze solid back in February. If you’re tired of seeing shots of frozen lakes, maybe next week’s image will be more to your taste. But I’m not, especially since this so rarely happens here in Oklahoma :) As we were out walking around near (but never on) the lake we came across a bit of an outcropping–a mini promontory, if you will–and I thought it would make for a really interesting photo with the boys’ backs to my camera. It’s all about context, after all: the same picture without my kids would look uninteresting, with no sense of size or place to help orient you, the viewer. But with these two kids looking out you get a sense of scale, and their stances impart a bit of emotion and feeling onto whoever sees the image. Or at least, I hope they do. I didn’t tell them to pose or do anything at all except just stand there and look out at the lake, and this was the result. I didn’t spend more than five seconds taking this picture but I’m pleased with the result, with one exception: I should have held my phone about two inches higher to eliminate the awkward intersection of the horizon line with the head of my son on the right. It’s such an obvious mistake and would have been so simple to remedy, but alas, it is what is. And I’m not going to spend my time picking that particular nit lest it ruin my enjoyment of the image.

This photo is unedited too–no cropping, color adjustment, or even straightening of the horizon. It is how it was shot, and it’s a good reminder that the right composition with the right light can allow mobile phones to work wonders. You’d never be able to get the depth of field in a shot like this from an iPhone that you could get with a dedicated camera, a wide (but not too wide) lens, and a big aperture, but then again, you can’t fit that setup in your pocket either. And sometimes convenience just wins.