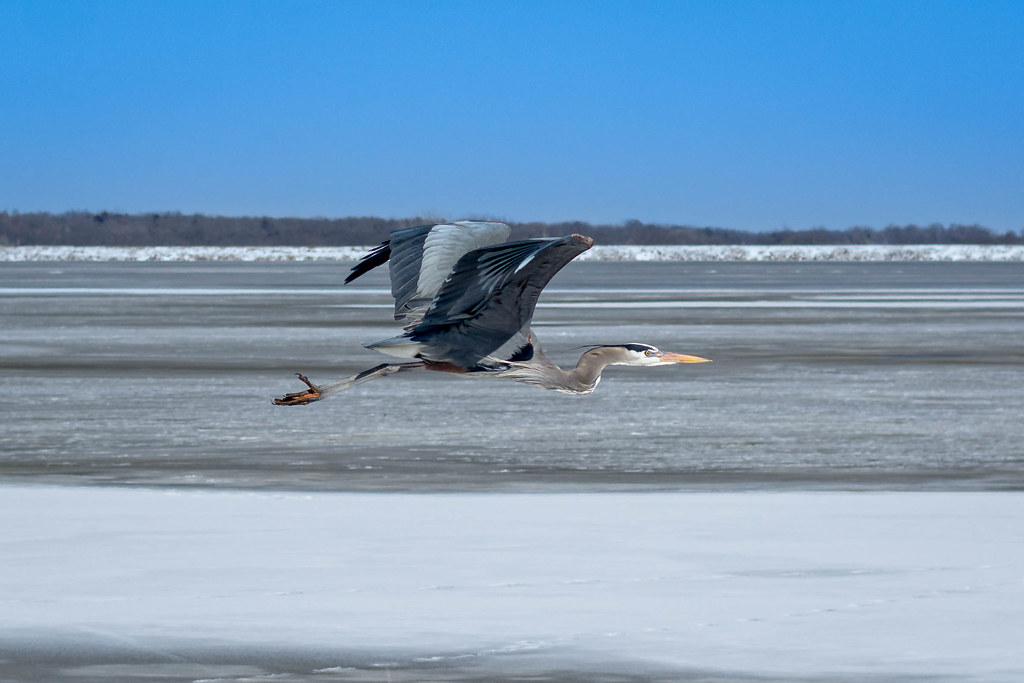 When we were gathering up the kids to take them out to Lake Carl Blackwell, I had to make a choice: what camera/lens combination to bring. Maybe the X100F since it would give me more candid-style shots? Or the D750 and 50mm lens for that classic not-too-wide, not-too-narrow look? What about the 70-200 for wildlife? I really didn’t know what to do, so I ended up toting my D7100 and 50mm lens mostly for the sake of simplicity and also because if I accidentally dropped it on the ice (a very real possibility, given how slick everything was) I wouldn’t be out thousands of dollars.

That combination was great for the entire time we were out at the lake…right until about five minutes before we left. My youngest son wanted to walk out on a peninsula that jutted out into the lake, and as we got near the end my wife spotted this bird standing near the edge just minding its own business. We were pretty sure it noticed us, but it just kept to itself as we stopped and stared. I didn’t want to scare it, but I really wanted to get a picture.

And that’s when I started kicking myself for not bringing my zoom lens.

The only way to get a picture of a wild animal with a 50mm lens is to get close. Very close. And then you have to crop the dickens out of the image and hope there’s enough pixels left to salvage something. I very slowly, very quietly, walked nearer to the bird while pausing every few seconds to get a few shots. He eyed me cautiously for a few minutes and then crouched down, stretched his wings, and took off. I had my camera in high-speed shooting mode and just held down the shutter as long as I could, hoping to get one image that might work. And the result is what you see here: a 3.4-megapixel image (cropped down from a 24-megapixel original) of a bird in flight, taking with a crop-sensor Nikon D7100 and a lowly 50mm lens.

While the shot isn’t perfect, it’s way way better than anything I thought I would be able to get. I’m still not entirely sure how I ended up with this shot, especially since the continuous high-speed shooting on that D7100 is pretty slow and the buffer maxes out at about 7 images. But somehow it all worked out, and the frozen lake in the background makes this an image I don’t think I’m likely to repeat anytime soon, if ever.

Thanks, kind bird, for helping me get a really cool photo.