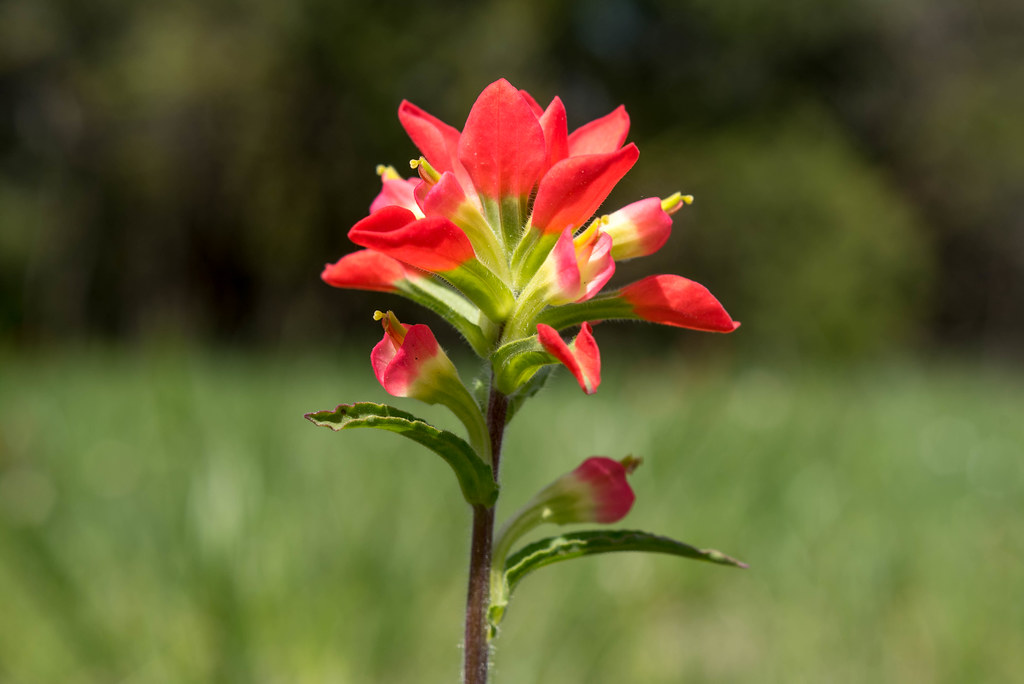 Another Spring, another photo of a Castilleja flower. Known as an Indian Paintbrush around here, these things show up all over the place in April and May, but their beauty is in no way lessened due to their prominence. This, like other similar photos I have taken and shared in the past, was shot in my neighbor’s field right across the street. It was early evening and I was outside with my two boys, mostly just passing the time with some unicycle-riding before bed, when I suggested we go over to the field and take some pictures. I had my D750 and close-up filters, just in case I wanted to do something slightly different than in the past. My oldest son grabbed his little Canon Powershot pocket camera while my youngest was content to just come with and look at the flowers, and the three of us ran across the street to see what we could find.

It’s not hard to take a great picture of these flowers. It’s really just a matter of finding one (or several, depending on the shot you are going for) and pointing your camera and pressing the shutter button. You’ll get a winner almost every time. And honestly, I think that’s part of the appeal for me: with very little effort anyone can take a beautiful flower picture, even if all you have is a simple mobile phone. In this case I show a few frames at f/2.8 and was decently happy with the result, but then I wondered what would happen if I got just a bit closer. The minimum focusing distance on my 50mm lens is about a foot and a half (I think, anyway. I haven’t checked in a while) which means to get a ton of background blur you have to use a super-wide aperture, which means the depth of field is really shallow, which means the flower isn’t as sharp as you might like.

I think I used a +2 filter on this, which made the minimum focusing distance much closer and gave me a ton of background blur and subject separation while also giving me some latitude to work with a smaller aperture and make the subject sharper. I shot this at f/6.7, even though it looks like it was f/1.8. That’s entirely due to the close-up filter, and even with such a small aperture you can still see that some parts of the flower are not in focus. The critical parts are though, and that’s what matters to me.

It took some experimentation and several attempts to get what is, at the end of the day, a really basic photo, but it’s one that I really like and a good reminder that photography doesn’t have to be complicated or produce wall-worthy artwork to be rewarding. If you can get a shot you like and learn something in the process, then that’s all you need.