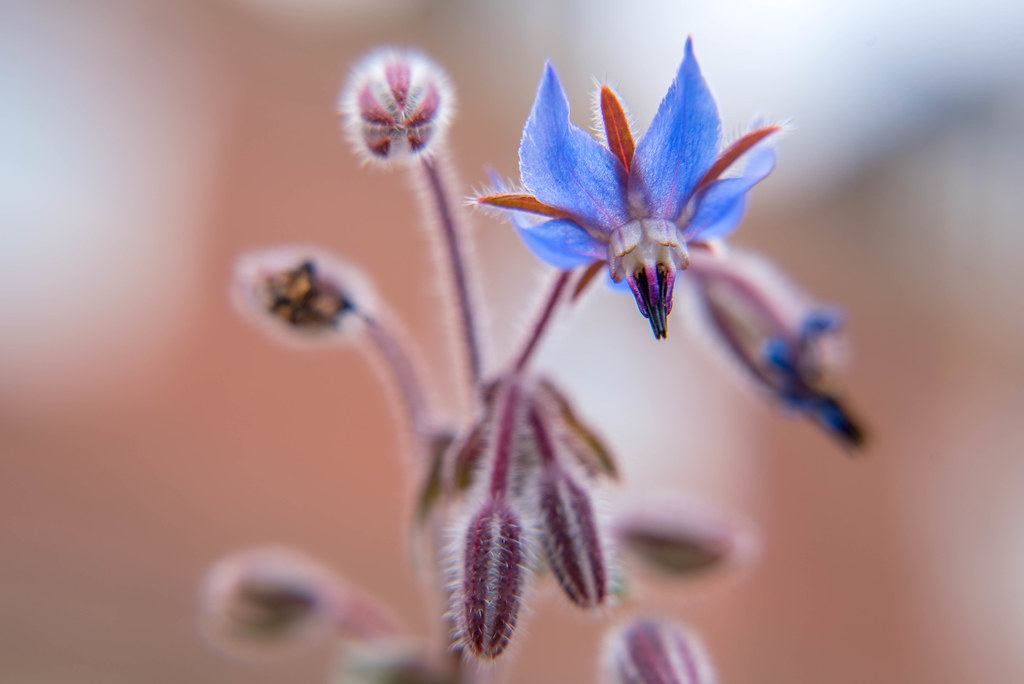 I didn’t crop this photo. Not one bit, not even a single pixel. And that’s something I can almost never say. Nearly every one of the shots I share on Weekly Fifty is cropped, even if only just a little bit, and it almost felt like cheating to post this image without any cropping at all. I tried a few different times, but no matter what I did I always ended up preferring the original, and that really surprised me. I don’t know what kind of flower this is but it was super small, and I was only able to get this picture thanks to my +10 Close-Up Filter on my D750 + 50mm lens. I was walking through one of the gardens on campus when I saw this small purple plant hanging its head low in the afternoon shade, and thought that a picture would be difficult but at least worth a try.

Getting this shot was actually a lot more complicated than it might appear. For one, this flower was only about eight inches off the ground which meant I had to somehow get underneath it to take a picture. That part wasn’t too bad since my D750 has a flip-out screen, but the +10 Close-Up filter made focusing and composing really tricky. Add to that the wind which was whipping this flower around all over the place, and the fact that my D750 only has super slow contrast-detect autofocus in Live View…let’s just say this wasn’t an easy shot to get.

I took a couple shots at f/4 but quickly realized that there was no way I could get a depth of field wide enough for the photo to work without stopping down. I went to f/5.6 which gave me a little more wiggle room, and that turned out to be just the ticket. Out of a dozen photos this was the last one I took, and I’m so happy with how it turned out. I like the monochromatic color scheme, the bright blue, and even the way the flower points downward is pretty neat. It almost has a sense of kinetic energy, as if it’s a Kingfisher diving downward for a quick snack. The closed flower in the background seems like its watching or waiting, and the orange building in the background makes the bright blue just pop out of the screen.

I dunno…this one just might end up printed and going on my wall :)