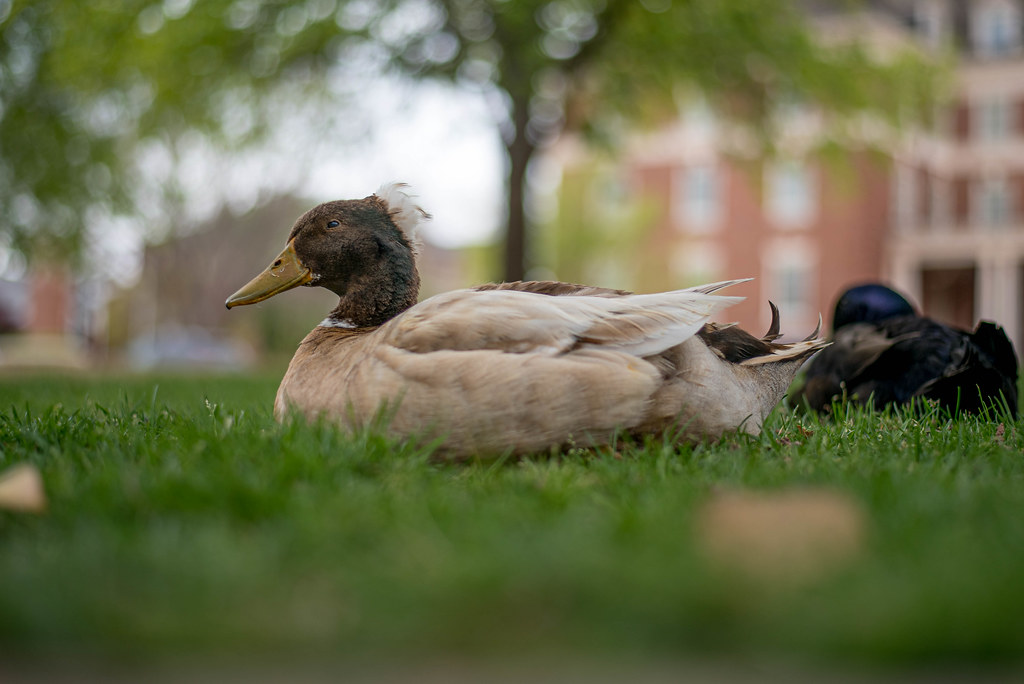 A lot of things happened in the very short time that it took me to take this photo. And while I wouldn’t say it’s my favorite picture of a duck that I’ve ever taken, I do like the results and this image was only possible thanks to others that I have shot, and learned from, in the past. I was out for a walk around Theta Pond on the OSU campus one afternoon in April, armed with my D750 and an episode of MacBreak Weekly on my AirPods when I saw three ducks just hanging out by the sidewalk. I literally just walked on past, minding my own business and leaving them to mind theirs, when I realized that they didn’t flinch one bit as I strode by. It occurred to me that I might be able to get a picture if they were willing to sit still while I pointed my camera at them, so I figured I might as well give it a try. I went back, lowered my camera to the ground, put it in Live View, flipped out the rear screen, and snapped a couple pictures.

The duck didn’t budge an inch, so I pressed my luck just a bit. I crept ever so slightly closer, took another photo, and then the duck clearly started to notice me. I didn’t make any sudden or threatening movements, but I could tell this duck (and its friends) were a little skittish at this tall dude with a big camera intruding on their personal space. I held my breath (literally), placed my camera on the sidewalk, tilted it up at the duck, and took just a couple shots at f/1.8 with the focus point sitting squarely on the duck’s eye. And by golly, as my Dad would say, it worked.

I knew I was pressing my luck a bit by shooting at f/1.8, but the results speak for themselves. I’m telling you, even after owning this Little Lens That Could for nine years it still surprises me :)