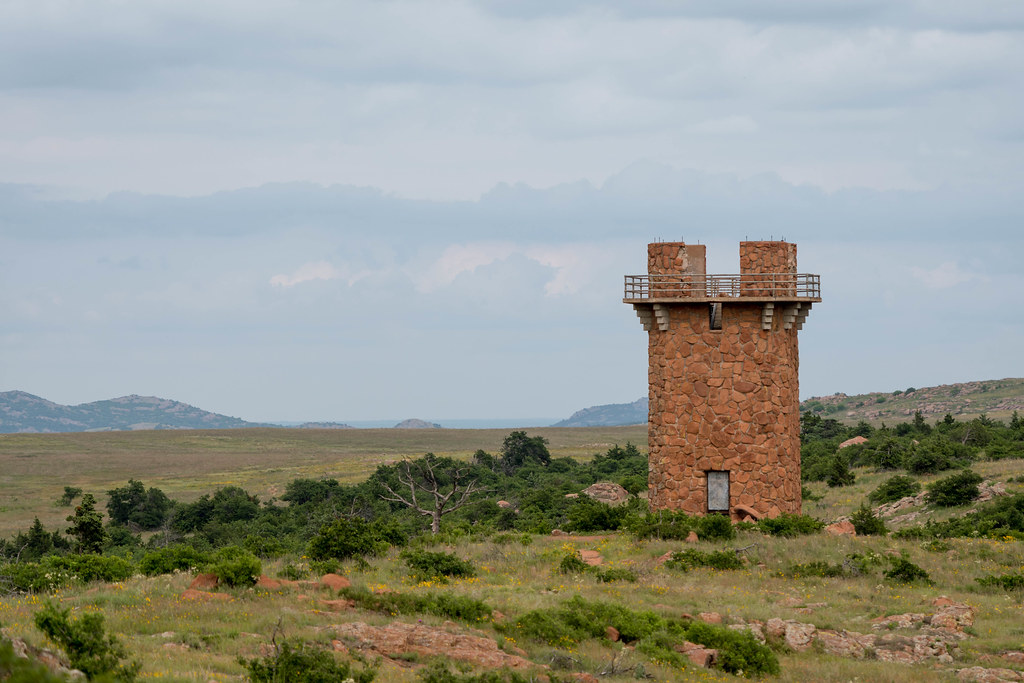 Way back in 2013 my wife and I took a weekend trip to the Wichita Mountains Wildlife Refuge near Lawton, Oklahoma, and it seemed like we stepped into some kind of warp in the fabric of spacetime. Oklahoma isn’t exactly known for its soaring peaks and grand scenic vistas, and yet, just two hours from our home is this beautiful, expansive, majestic spot tucked away behind an army base just waiting to be discovered. We visited again a few years later and this spring as we were eager to get out with our kids after a rather…different…school year we once again turned our attention to the Wichita Mountains.

The first spot we went was Jed Johnson Tower, an old fire watch tower that sits near a lake which bears the same name. We spent a few hours just hiking around, looking at scenery, and of course taking lots of photos. Unfortunately the tower is sealed off and visitors cannot enter, but it still makes for an amazing sight and the kind of thing you just don’t come across very often in Oklahoma. To get this shot I used my Nikon D500 and 70-200mm f/2.8 lens set to f/2.8 at 140mm. I thought carefully about the composition: I could have just zoomed in on the tower, but without context it would have been dull and almost meaningless. I wanted the tower to be set against an interesting background, and shooting at 140mm gave me just the right composition with the mountains in the rear, the tower to draw the viewer’s eye, and plenty of foreground vegetation and natural elements (including that beautiful dead tree just off center) to make the image more interesting. Shooting at f/2.8 gave me just enough depth of field to separate the subject from the background, and on that particular lens you don’t really sacrifice sharpness even when shooting wide open.

This spot, and the entire Wichita Mountains area, is filled with beauty both natural and man-made, and it really is worth the drive if you live anywhere near.