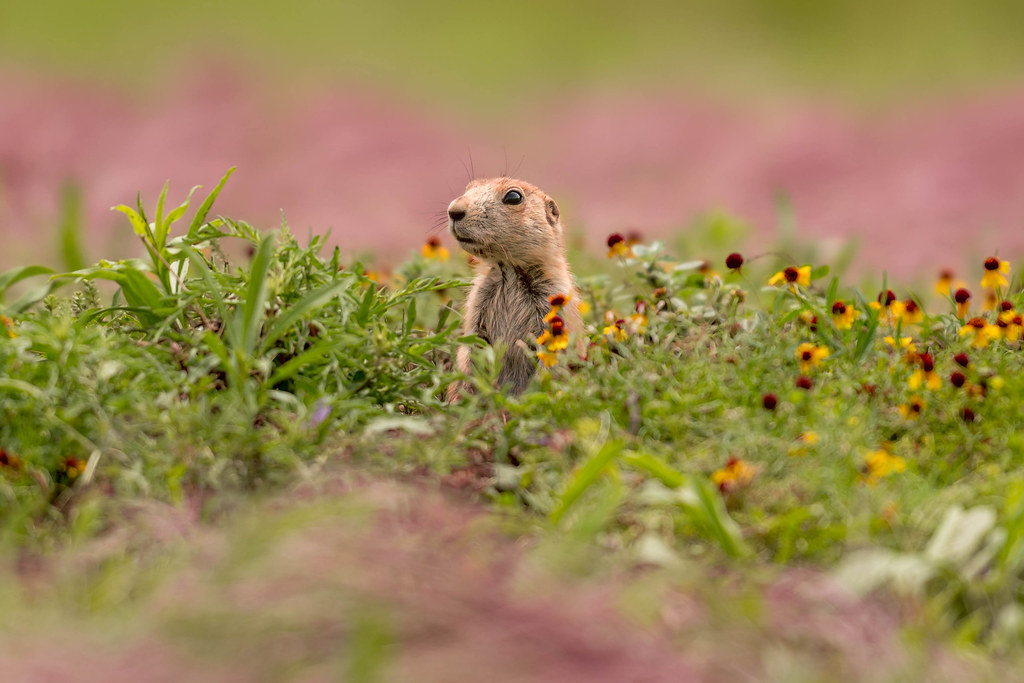 One of the first posts I ever put up on Weekly Fifty was a shot (well, two shots) of a prairie dog from the Wichita Mountains Wildlife Refuge near Lawton, OK. Those images were pretty neat for the time, especially considering how little I understood about photography as well as my gear: a humble Nikon D200 and a 50mm f/1.8 lens. I still have that lens and use it regularly, but have since replaced the D200 with other much more capable cameras, and have learned way more about photography as well. As such, it was fun to revisit that scene eight years later for the shot you see above. I took this picture of a prairie dog poking up between two rows of purple flowers at the same location as the original shots from 2013, but this time I was thinking about more than just the subject. I considered the whole frame: foreground, background, subject, angle of view, and of course the fundamentals like aperture, shutter, and ISO. The result is a much more interesting image but also one that could not have happened without first taking the original.

To get this shot I used my D500 and 70-200 f/2.8 lens, and my goodness it sure would have been nice to have a mirrorless camera with a flip-out screen! I had to get low to the ground for this shot which was difficult not just because of the fire ants, but because the optical viewfinder on a DSLR is so much better than using the LCD screen. I realized it was nearly impossible to shoot pictures of these fast-moving creatures using the slow, sluggish contrast-detect autofocus on the LCD screen which meant I had to use the optical viewfinder instead. And while that is normally just fine with me, it’s not so great when you have to basically lie in a prone position on hot gravel while getting bitten up by ants. I opted instead to crouch at a weird angle to get this shot instead of lying down, and while I think the end result is OK it did make me long for a Z6II :)

This was a fun one to shoot though, partly because these little prairie dogs are so darn cute but also because my kids were so excited to see them. It was basically a solid 15 minutes of “Hey Daddy, look over there!” and “Mommy, I see another one!” When I look at this picture I of course see an animal in its natural habitat but it’s those memories of spending time with my family that come flooding back to me, and are the real reason I enjoy pictures like this so much.