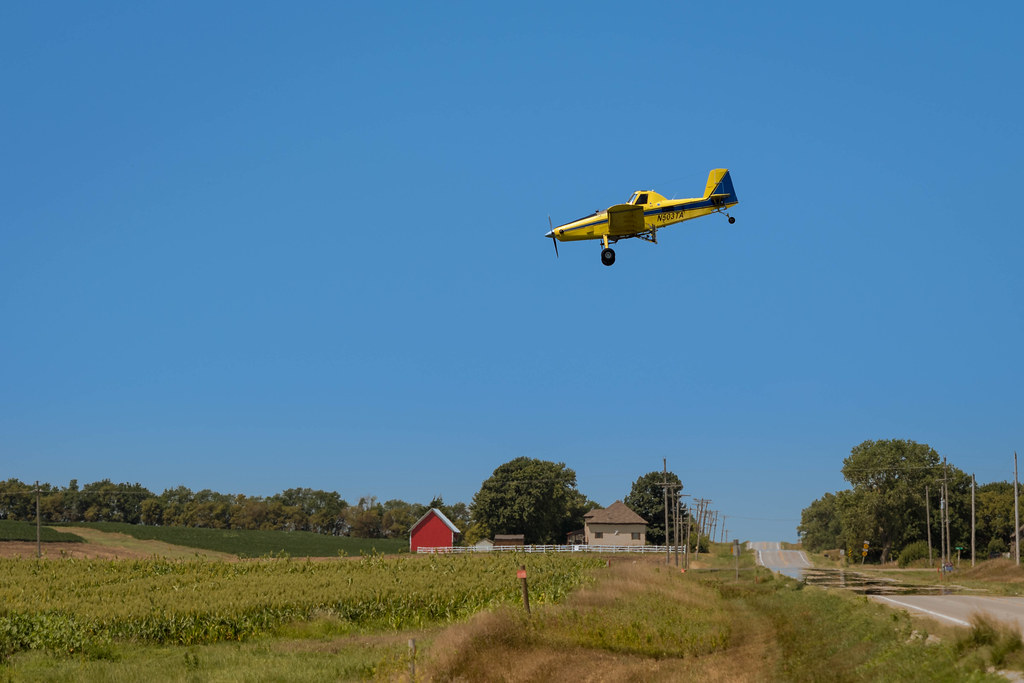 I can’t recall a time when I was able to take a picture like this, and I don’t imagine I will have the opportunity again anytime soon. It also shows the importance of preparedness, and also of simply having the dumb luck to be in the right place at the right time. I shot this when I was driving along Highway 15 in the middle of Kansas, and spotted a small yellow plane flying low over a field with a cloud of fertilizer billowing out behind it. It was a crop duster! I had only seen these once or twice in my life and I was thrilled to get the chance to witness one in action up close and personal. Thankfully I brought pretty much my entire camera kit with me on this particular trip so I pulled into a driveway, got out my D500 and 70-200 f/2.8 lens, and started firing away. I took hundreds of photos as this airplane went back and forth across a field of sorghum and came away with a three favorites which I will be posting here on Weekly Fifty.

I wanted to start my series with this picture even though the crop duster is barely distinguishable from any other small single-engine aircraft. If you look closely you can see a bar across the middle just below the driver’s window which sprays fertilizer, but other than that it looks like pretty much any other normal yellow airplane. What I like about this image is that it shows a scene that is pretty different from what you might expect. Here’s this yellow plane clearly aiming for the ground as if coming in for a landing, but there’s no runway in sight. A long undulating road is perpendicular to the plane and there’s also plenty of power lines to crash into, and yet, this plane is diving headlong into the greenery despite having nowhere to go. Clearly this is not a normal situation!

Though I didn’t really plan this image–it’s one of a few dozen that I fired off in rapid succession as the plane descended–I like how perfectly all the elements come together to form a compelling composition: The cloudless sky, the empty road, the red barn, the rolling hills, and the trees in the background all serve to form a scene that is distinctly Middle America. I like the profile shot of the airplane and its position at the intersection of the top third and right third of the image, and the sense of anticipation as it is on its way to fill the empty space on the left. The 1/6000 shutter speed made it possible to freeze every bit of motion while still conveying a clear sense of activity, and shooting at f/2.8 resulted in a subtle background blur as well.

I’m extraordinarily pleased at this moment of photographic serendipity, and I’m excited to show the next two images in this series as well.