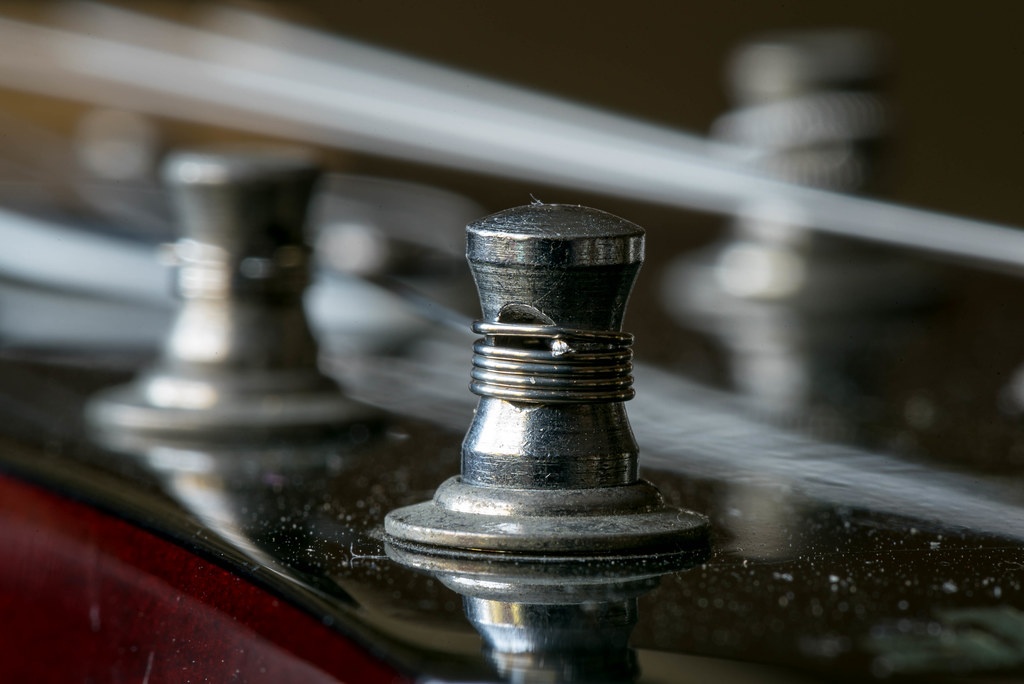 As I learn to use my Macro lens, one of the things find most enjoyable is its ability to transform everyday objects into something unique and special, and at times, almost otherworldly. That’s my impression here, anyway, though I’m curious to know what you think. This is one of the tuning pegs of the electric guitar I bought when I was in high school (or was it college? I forget, honestly) and still play to this day. It’s a pretty basic Epiphone Les Paul with one or two modifications I made long ago, including a Seymour-Duncan humbucker that I put in backwards for some reason. It was intentional, but I honestly don’t think I could tell you if it affected the sound at all. Maybe I just did it to look cool? In any case, while the guitar itself isn’t going to show up in a museum anytime soon, it means a lot to me and still brings me a lot of enjoyment–especially since my wife took it in to the local music store for a bit of an overhaul two years ago. It hasn’t looked, felt, or sounded that good since I bought it :)

All that is perhaps beside the point, but it’s related to another aspect of my Macro lens that I have found I quite enjoy. Rather than taking pictures of just random objects up close, I like shooting subjects that have a sense of meaning and purpose. This isn’t just any guitar tuning peg…it’s the one on my guitar, the one with a rich sense of personal history to it, and the one I am using to teach my kids now that they are old enough to learn. It’s things like this that make close-up photography super cool :)

As for the nitty-gritty details, oh my. There was so much to consider when I shot this picture: lighting, angle, subject, background, distance to subject, and of course aperture. This was taken at f/54 using a ten-second exposure, and even then the depth of field was almost too small. One of the side effects of such a small aperture is that every tiny speck of dust on the lens (not to mention the surface of the guitar) was visible on the final image, and required a lot of clean-up work in Lightroom. I am quite fond of the final image and I like that it has a story to tell, if not on its own then at least from the one who took it. And maybe it will even make you think about something similar in your life too.