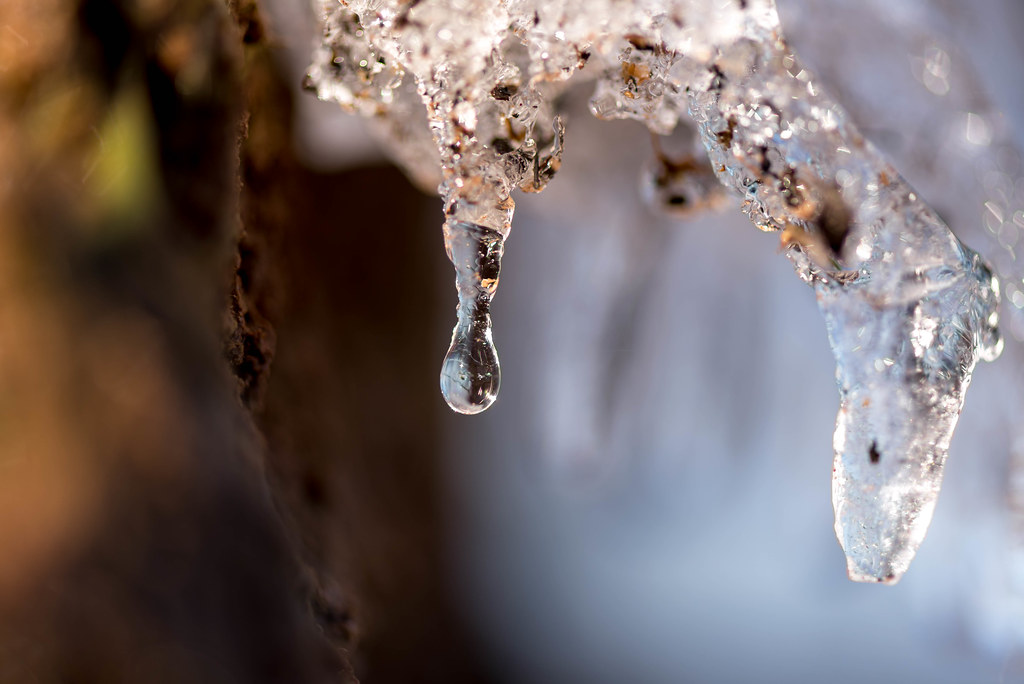 One thing I am enjoying about my macro lens is re-thinking shots, or general compositional concepts, that I have taken before with other gear. Sometimes with my normal 50mm lens, other times with some close-up filters, but usually without the right equipment to really capture what I was thinking in my mind at the time. This is kind of one of those moments. About a year ago I took this picture at Lake Carl Blackwell after a particularly nasty cold snap, and while it’s an OK picture it’s not at all the shot I wanted to take. What I wanted to capture was a super close-up image of a very tiny frozen part of the plant, but that just wasn’t possible with the gear I had at the time. So when I came across a somewhat similar scene at Lake McMurtry when I was out on a hike with my wife and our kids recently, I took the opportunity to make up for the shot I wasn’t able to get the first time around.

There were several things working to my advantage for the shot you see here. First, the weather was much nicer which always makes photography more enjoyable. I think it was about 50 degrees and most of the lake wasn’t even frozen except for a few shady spots near the shore. Also, the sun was bright and the sky was clear, which made for much better lighting than the bland, overcast sky of the shot from February 2021. I also had my D750 instead of my D7100 which meant I could use the flip-up screen to help me compose the shot, which was extraordinary helpful since this frozen drop of water was just a few inches off the ground. Finally, and this is the most important factor, I had a true macro lens this time around :)

Initially I wasn’t sure what to use as the subject for this composition, and tried a couple shots with the opaque stalactites on the right. It was OK but something just wasn’t working out quite right. My shots just looked kind of…bland and uninteresting. Then I realized that the single clear drop would make a much more interesting image especially with the rich browns on the left and the white ice on the right. I took a few shots, inched closer, took a few more shots, and repeated the process until I got the image I was happy with. While I’m pleased with how this turned out, I’m glad it didn’t take too much time since I wanted to get back to my wife and kids who were busy tossing rocks into the lake to see if they could break the ice. That turned out to be a lot more fun than taking pictures anyway :)