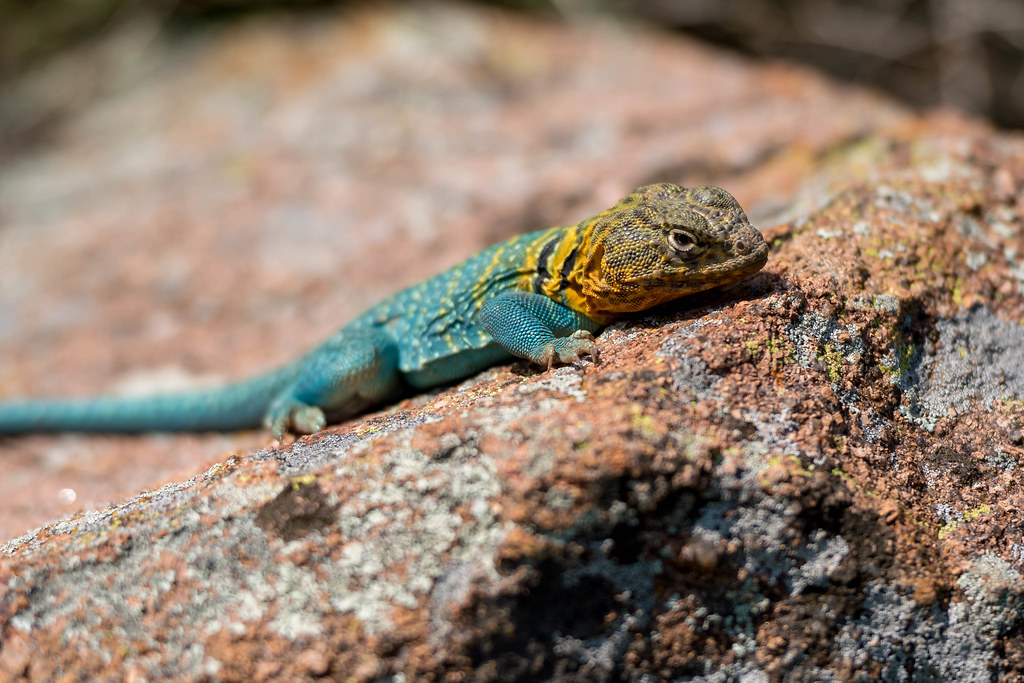 This is the first of a couple pictures I’ll be posting over the next few weeks which were all taken at the Wichita Mountains Wildlife Refuge near Lawton, Oklahoma. I’ve used a few shots from trips to this place here on Weekly Fifty in years past and it’s always fun to go down there with my family and a few cameras and take pictures that I can’t get anywhere else. Well, certainly not in the city where I live. Your mileage may vary :)

This year, as with last year, I only brought two cameras: My Fuji X100F, and my Nikon D500 with the 70-200mm f/2.8 lens. Based on my experiences in previous trips to the Wichita Mountains I didn’t think I would need multiple DSLRs or lots of lenses, since the Fuji/D500 combination would probably cover everything I wanted to do, and that turned out to be the right course of action. I didn’t even bring my macro lens since this was primarily a trip for me, my wife, and our two kids and not a photo-taking excursion. As such I wanted to make sure I spent as much time as possible with my family and not wandering off by myself taking pictures while they waited for me, but even so I did manage to come across a huge number of photo opportunities such as the one you see here.

These little collared lizards were everywhere down in the rocky terrain of the wildlife refuge, but most skittered away when we got close. This one was content to just hang out on a red rock while we walked by, and one of my kids spotted it and mentioned that it might make for a good picture. He was right! I used my D500 and zoomed in to 200mm while keeping the aperture locked at f/2.8, and crept ever closer while snapping pictures the whole time. I eventually got the shot you see here, with the lizard’s eye tack sharp while the rest of its body fades away into a blurry background.

This was a good reminder to me of the versatility of the 70-200 f/2.8 lens. It’s by no means useful for close-up macro-style shots, but it is far more versatile than just a sports and action lens. I could have used a zoom lens with a smaller (and variable) maximum aperture, like an 18-250, but without that f/2.8 it wouldn’t have given me a picture quite like this. I bought this lens a few years ago intending to use it for action shots of my kids, but it continues to impress me with how it can go way beyond that.