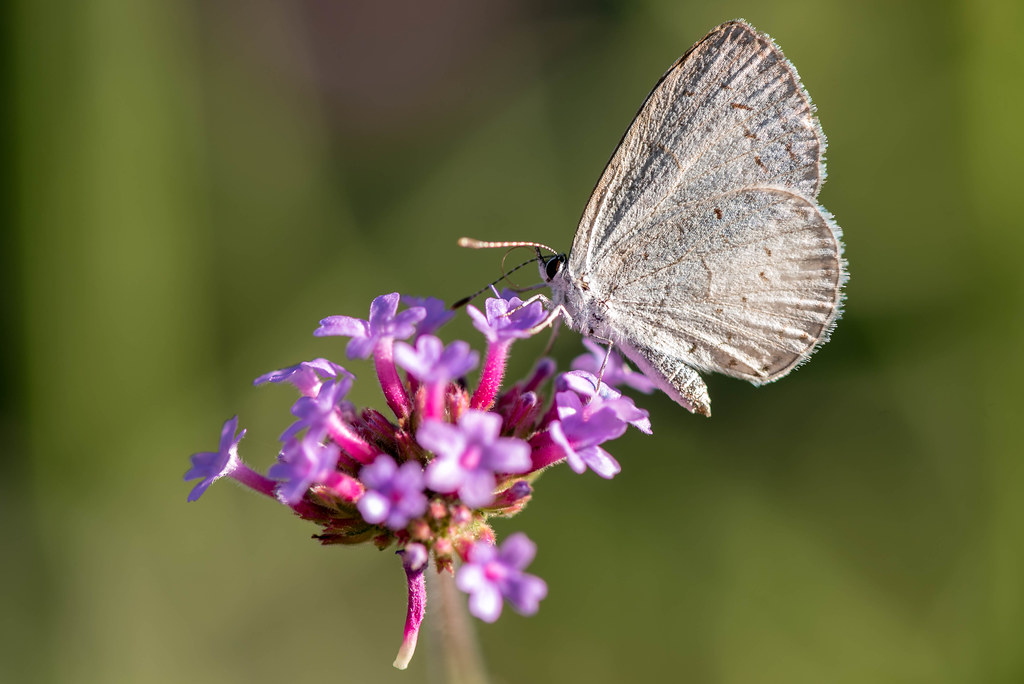 This is the kind of unplanned, serendipitous shot that I really appreciate being able to capture every now and then. I’ve taken a few pictures of moths and butterflies sitting on flowers before and it’s kind of fun because, like opening up a box of chocolates, you never know what you’re gonna get. Sometimes these little creatures hold still, and other times they scurry about, landing for one or two seconds before fluttering away on to seek out the next flower. There’s also weather-related complications like wind, rain, bumblebees, and even the direction of the sunlight to contend with. But every so often I have been able to take a picture kind of like what you see here, where everything is clear, sharp, and conveys something more than just a simple snapshot.

I took this at the Botanic Garden on the west side of town on a warm May evening while my kids played in the treehouse-slash-playground and I spent a few minutes looking for some photo opportunities I might not get in my normal daily life. I first noticed this small white moth (butterfly?) going from one clump of purple flowers to the next, but didn’t immediately think about how it would look in a photo. I mostly just wanted to watch it float around from one spot to the next. A minute later I got out my Nikon D750 and 105mm f/2.8 macro lens to see if maybe, just maybe, I could get a good picture from what I saw in front of me.

Soon the moth landed on the flowers you see in the shot and as luck would have it, the creature was perfectly perpendicular to my particular point of view. Yes! I knelt down, raised my camera, set the aperture to f/8, and fired off a series of shots in rapid succession before adjusting my view just a bit and repeating the process. I didn’t know if they would turn out or whether my depth of field would be too small to get good results, but when I reviewed the images in Lightoom I found that a good number of them really did look good. This was my favorite of the batch, because if you look really closely you can see its tiny little proboscis extending in a loop on its way down to drink some nectar from the flower. It’s a small detail, but it adds a lot to the image and turns it into something just a bit more special. And when you can capture a shot that goes even slightly above and beyond what you might expect, then I consider that a win.