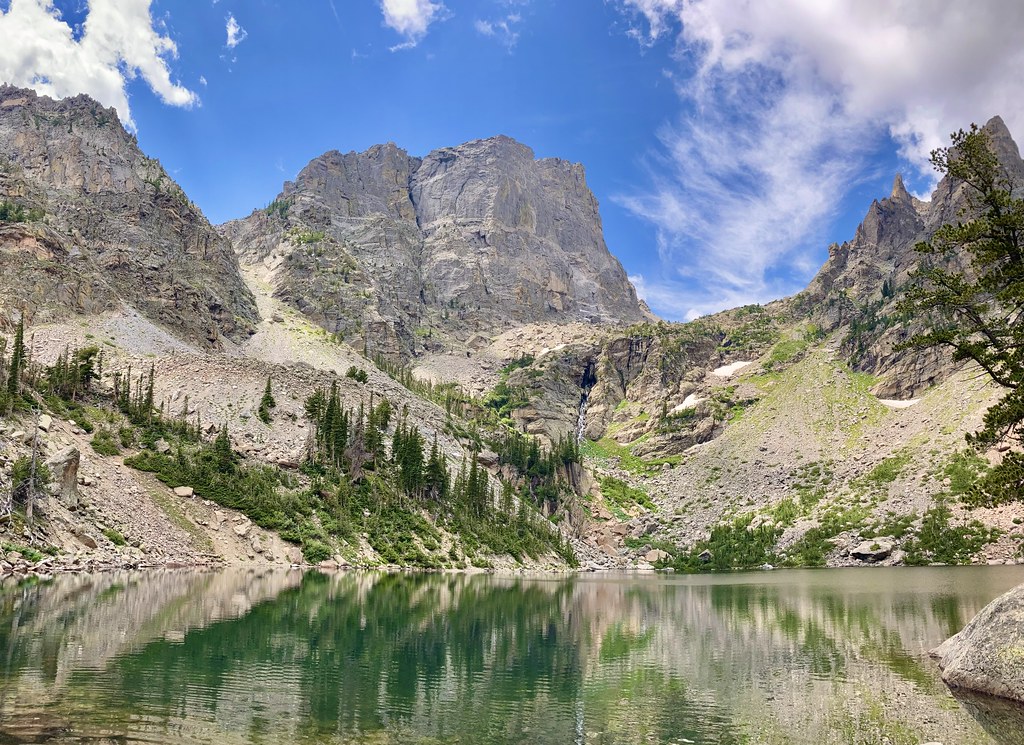 And now, as Monty Python might say, for something completely different. I have only seen the mountains a few times in my life: once on a trip out to Seattle with my wife in 2016 and…well, maybe one or two other times but I guess it sort of depends on your definition. I have flown over mountain ranges on the way from A to B, and have also had layovers in Denver, but I don’t think I have ever really spent time in the mountains, so to speak. That all changed this summer when we took our kids out west to spend a week in the Rockies with some friends of ours from way back in the day. (After all, friends from back in the day are some of the best you’ll ever have.)

We stayed at YMCA of the Rockies which was surrounded on all sides by breathtaking views of the mountains, but also took three separate trips to Rocky Mountain National Park which was about a four-minute car ride. On a warm Tuesday afternoon we hiked a few miles on Bear Lake Road to Emerald Lake, which is where I shot the picture you see here. I had thought about picking up a wide-angle lens for this trip, and kept my eye on the Nikon 20mm hoping it would go on sale but alas, it was not meant to be. No big deal though: I did just fine with my Fuji X100F and…my iPhone.

Yeah, I’m not afraid to admit it: I used my iPhone SE 2020 for more of these kinds of landscapes more than I thought I would, but it was mostly because its 28mm-equivalent lens was wider than any other lens I own. But even that wasn’t enough to capture this view, which meant I had to resort to a feature common on most mobile phones but not many DSLRs: I used Panoramic Mode. It took me a few attempts to get the scene just right, but in the end I’m pretty happy with what I was able to capture. The mountain is crisp and sharp, the lake is smooth, the sky is bright and blue, and most importantly, this image helps me remember the scene as I saw it on that day.