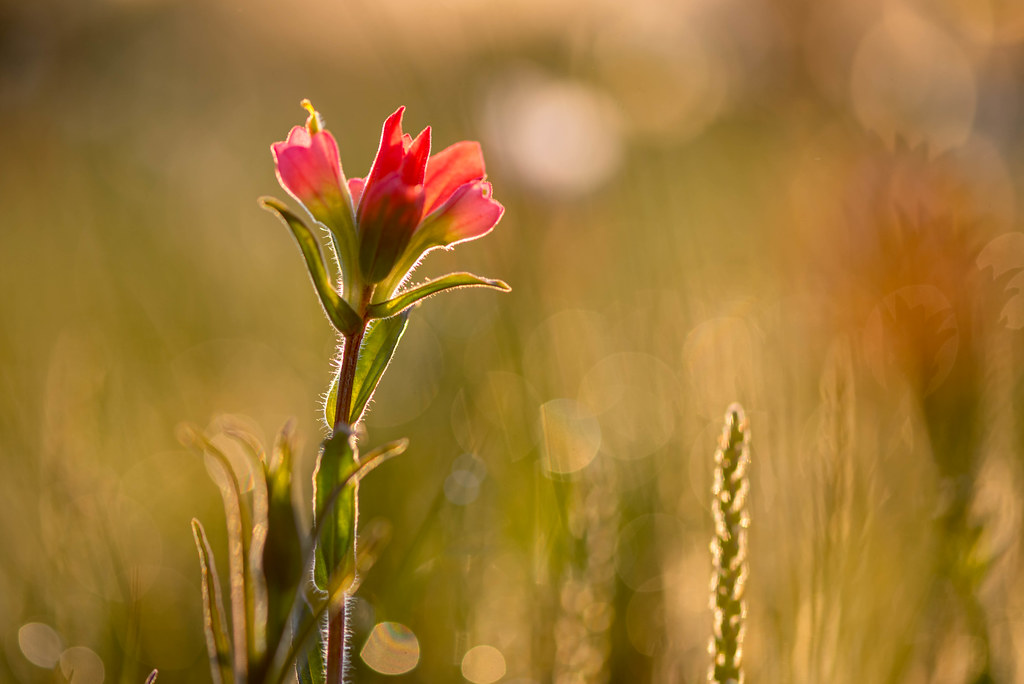 Alright, enough with the Wichita Mountains pictures of sunsets and bison and lizards…here’s a classic Weekly Fifty shot like you might expect when you come to the blog, check my YouTube channel, or open up the email that shows up in your Inbox every Wednesday morning. The composition here is simple, classic, and highly effective: a clear subject, something in the foreground, a rich and layered background, and some cool bokeh to boot. This won’t win awards for creativity, but I’d be lying if I said that pictures like this aren’t a ton of fun to take.

Every spring we see an emergence of Indian Paintbrush flowers all over the state, but despite being quite commonplace their simple beauty is always pleasing to look at. I have taken lots of pictures of these flowers over the years and shared many of them here on Weekly Fifty, but never with a true macro lens. Not that there’s anything particularly macro about this shot, just that I was able to compose this image without any considerations for, or concessions being made because of, the distance between my camera and the flower. Instead I simply looked at the basics: subject, lighting, and exposure settings. I used an aperture of f/5.6 to get a relatively sharp image while still leaving plenty of headroom for creating beautiful background blur, and intentionally shot into the sun to capture the glistening droplets in the early morning after it had rained the night before. I think my favorite individual aspect of this image isn’t the flower but the bright spots of light dotting so many aspects of the composition, which is something you can only get under specific post-rain conditions like this. It elevates the shot above a simple flower photo, and when you add in other subtle details like the frizzy edges of the flower illuminated with white light and the stalk of green in the foreground on the right side, the result is a picture that just about captures everything I had hoped to on this warm April morning.