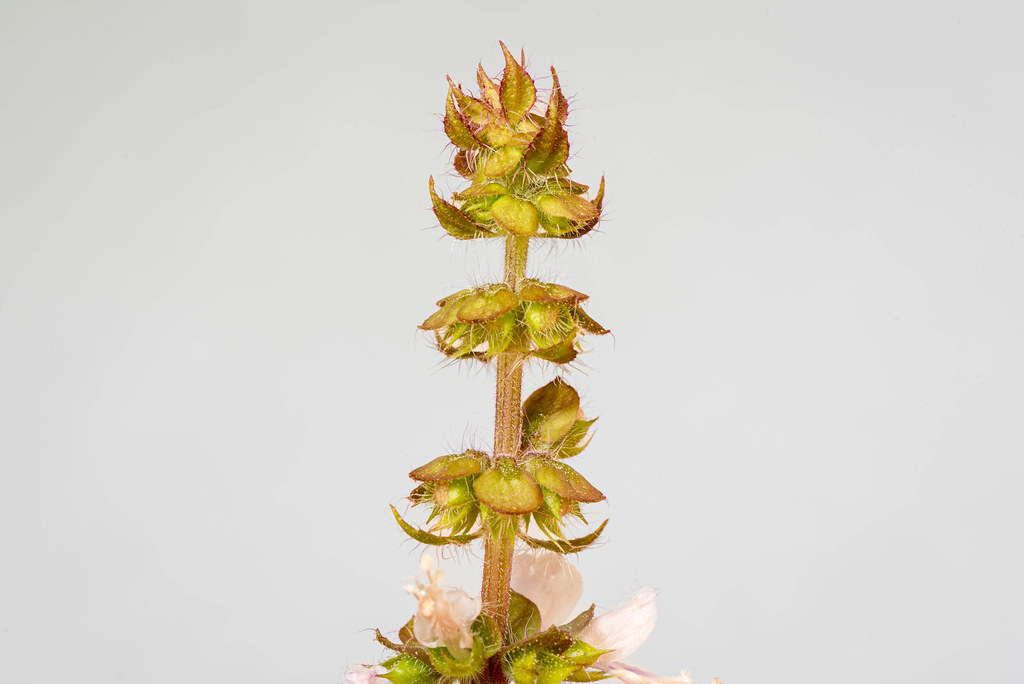 A week ago as my wife and I were walking past my neighbor’s house with our boys, we stopped to chat with him while he was tending to his impressive flower bed in the front yard. He said he would cut a few for us to take home, and we gladly accepted his offer—who would turn down a vase of flowers from a neighbor? Of course my photographer’s eye thought the flowers would be a good opportunity to take some pictures, so a few days later on Sunday morning after church that’s exactly what I did. My wife went out to play with the kids while I set up shop on the kitchen table: Tripod, D750, 105mm macro lens, and a giant translucent reflector. (I have owned this thing for years but rarely use it, so I was excited at the opportunity to bust it out and harness its light-altering power. Mwa-ha-ha!)

My general idea was pretty simple: take a close-up shot of this green, leafy poart sticking up from one of the flowers. In typical fashion I couldn’t tell you what this is or even what kind of flower it’s from, but I do know that the entire green thing you see here is roughly one inch tall. Hence the need for a macro lens. While there’s nothing in the way of context clues to provide a sense of scale, I don’t think it’s really necessary for this shot and, in fact, almost makes the entire scene almost ethereal. Without any idea of how large this thing is, the viewer is free to draw his or her own conclusions and make of this what they will, which is kind of a cool departure for me since I so often speak of the importance of context when taking pictures.

But what of the reflector? I used it, but maybe not in the way you might expect. I intentionally composed this shot such that the plant was backlit, and used the translucent white reflector to create an even background in order to remove any and all sense of context. Normally I like to have a blurry out-of-focus background, but in this case I wanted to try something different and completely and totally isolate the subject with nothing else in the frame whatsoever.

In terms of exposure, I shot this at f/32 in order to get everything sharp after trying, unsuccessfully, to get similar pictures at f/11 and f/22. I set the ISO to 100 which meant I needed a ten-second shutter speed even though it was basically high noon when I took this picture. I focused manually using live view and used the self-timer in order to remove any chance of me vibrating the camera with my finger when I pressed the shutter button. I think the moral of the story here, other than that this was a fun picture to take, might be that you never know when you will be able to try new things with old photography gear. And to always be on the lookout for picture opportunities, especially if your neighbor gives you some flowers.