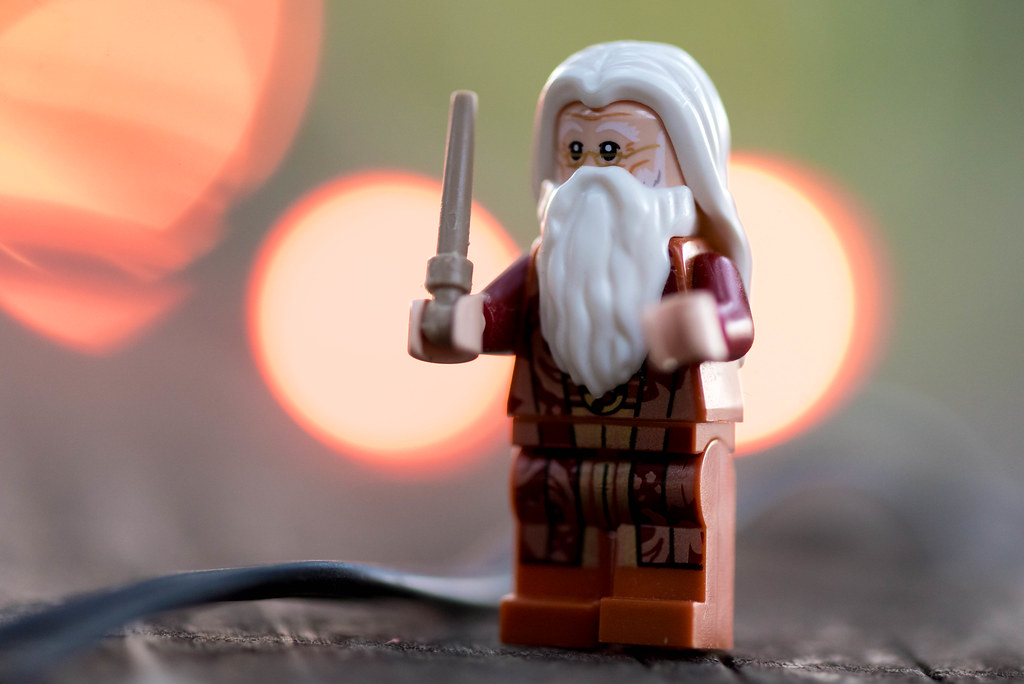 Each year for Homecoming, the groundskeepers put orange lights around Theta Pond almost as though they are prepping for Christmas. It’s all part of the celebration of what is, I have been told, one of the country’s greatest Homecoming celebration. While I haven’t had too much experience with other Homecomings (I don’t think I ever attended any such events or festivities when I was at UNL) I do know that the Oklahoma State University event is pretty awesome, and these orange lights are just one very small component of what is a really fun time around campus. They also happen to make for a really cool photography subject :)

I have shot these same orange lights a few times over the years, and until now I think my best images were ones that I took with the classic 50mm-plus-close-up-filters combination. While that worked to a certain extent, close-up filters don’t give you anywhere near the flexibility and photographic freedom of a true macro lens. When I saw these lights on a chilly Monday morning as I walked from my car to my office at the Library, I stopped to see if I could get a better shot than I had in past years. I positioned my camera, focused on one of the orange lights super close, and fired off a few frames.

And…nothing. Nada. The shots I got weren’t bad, but nothing about them was interesting or compelling to look at. They were technically solid but creatively bankrupt. The thing is, a single orange Christmas light just isn’t all that great as a photography subject. So I turned the idea on its head a bit: instead of taking a close-up shot of the lights, why not take a close-up shot of something else with the lights augmenting the image? That night I dug out this LEGO Dumbledore figuring from my kids’ toybox and returned the next morning to see if he could help me punch up the picture.

Spoiler: he sure did 😄

I positioned him at a bit of an angle, focused on his eye, set my aperture to f/4 and a minimum shutter speed of 1/125 (yay for Auto-ISO!), and took some pictures. The result was a far more interesting image than similar ones I have created before. It looks like something is actually happening, and the lights behind him give the scene a sense of kinetic energy and, perhaps, a bit of mysticism that is way cooler to look at than just orange lights on their own. Thanks Dumbledore for the help, and I wouldn’t be surprised if he makes more appearances in my pictures in the future…