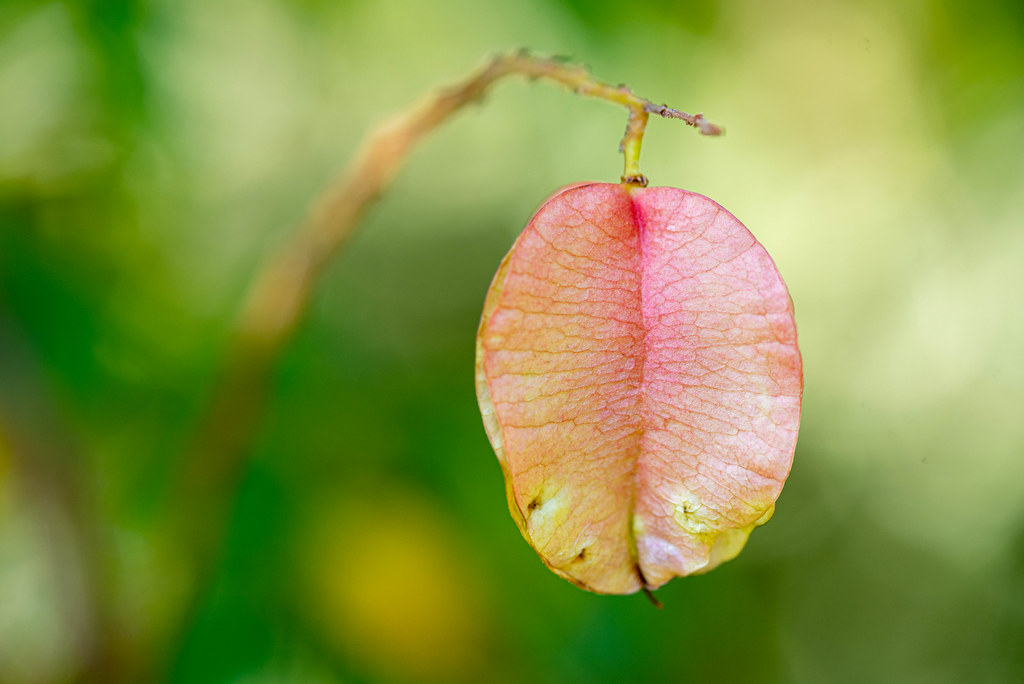 One thing I have really enjoyed about doing Weekly Fifty for so many years is that it gives me the opportunity to look back at images that I took a long time ago, and think about similar compositions with my current level of knowledge, experience, and camera gear. Not re-imagine or re-interpret or re-mix, but re-visit and then look for ways to capture a similar mood, scene, or subject now compared to back then. (Whenever “back then” happened to be—sometimes a few months, sometimes many years.) Case in point: this picture I posted in August 2013, along with an extraordinarily short bit of text but my usual 2-3 minutes of audio commentary. Unlike some of my other early pictures I am still quite pleased with that image, though I think I would have made some different editing choices if I shot it now, particularly with regard to exposure levels and white balance. That image of those seed pods on the ground has always stuck with me, and I had that shot in mind when I came across a similar tree recently in early October.

To be clear: I did not set out to recreate the original shot from August 2013 when I saw this red and orange seed pod dangling from a tree branch by Theta Pond on the OSU campus. However, I did have certain elements of the first picture in my head to use as somewhat of an inspiration. Basically, these seed pods have worked before as really great photo subjects, so why not do it again? Except this time around I was armed with a macro lens, a much better understanding of light, exposure, and composition, and a much more colorful subject too.

I started by just taking a few shots of this seed pod front-and-center, but they just weren’t very interesting to look at. A red and orange oval in the middle of the frame with no context didn’t make for a compelling photograph, to be sure. Over the course of a few minutes I adjusted the aperture to control depth of field, altered my distance to the subject, and changed my point of view such that you could see not only the seed pod but the thin branch on which it was dangling. The result, as you see it here, is a far more complete composition and one that almost goes so far as to tell a story: changing seasons, stubborn determination, and perhaps even solitude. Though that last one might be a bit of a stretch, but I suppose it’s up to the viewer to decide.

There’s also one side note about this image that I think is kind of cool. I edited the colors a bit in Lightroom to increase saturation and adjust white balance, but I did not crop this at all. It’s not that I don’t take advantage of the freedom offered by cropping–quite the opposite, in fact–but it’s also really fun to push myself to try to get great shots without the need for cropping at all. Just to see if I can, and see what kinds of results are possible :)