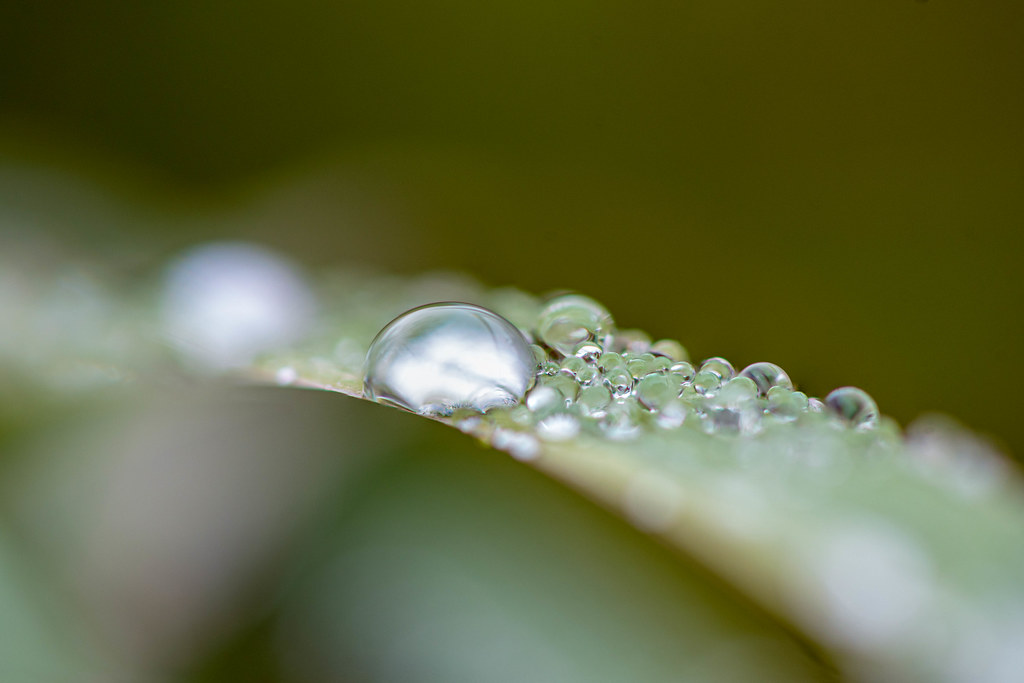 In some ways, this is the photo I have wanted to take for years. Way back in 2014 I shot this image in my backyard of a single drop of water on a long blade of grass, and even way back then I recall being a little frustrated that the picture I was imagining in my mind was just not quite materializing. At the time I knew nothing about the physics of how lenses bend light and couldn’t figure out why I couldn’t get a great shot of a single drop of water. I think I had the right idea in terms of some compositional elements, but all I had was my D7100 and 50mm lens (not even my set of close-up filters) so that picture was, quite literally, the best I could do.

In the years since then I have learned an awful lot about many different elements of photography, and acquired some cool new gear too. Like my 105mm macro lens, which is ideal for the kind of picture I was aiming for all the way back in 2014 when I went out to my back yard after a rainstorm. I have also learned a lot of new techniques too, one of which I put to use for the first time to get the shot you see above.

One issue with close-up photography that has come into play over and over again since I got my macro lens is the delicate balancing act that photographers must perform when trying to decide between a wide aperture and a wide depth of field. Wide apertures obviously let in more light and give a more blurry background, but the depth of field is so razor-thin when shooting close-up at f/2.8 or f/4 that it’s almost unusable. Even smaller apertures, like the f/9.5 I used when taking this picture, are still wide enough to produce depth of field that is just impractical. And that also makes shots like this literally impossible.

Thankfully, there’s a cool technique called focus stacking which allows you to get the best of both worlds: the blurry foregrounds and backgrounds of wide apertures, with the larger depth of field of smaller apertures. In other words, the image you are seeing this week is not one image but a composite of nine images stacked together in Photoshop where the in-focus elements are combined and the out-of-focus elements are blended together to produce the final result you see here. I also tweaked the resulting image in Lightroom a bit, with some alterations to exposure, saturation, highlights…the usual.

I have toyed around with focus stacking here and there over the past year, but this was my first time really putting it to the test and I must say I am very happy with the results. And this was just my first attempt—shot handheld, sans tripod—which makes me pretty optimistic for other similar shots I might take down the road.