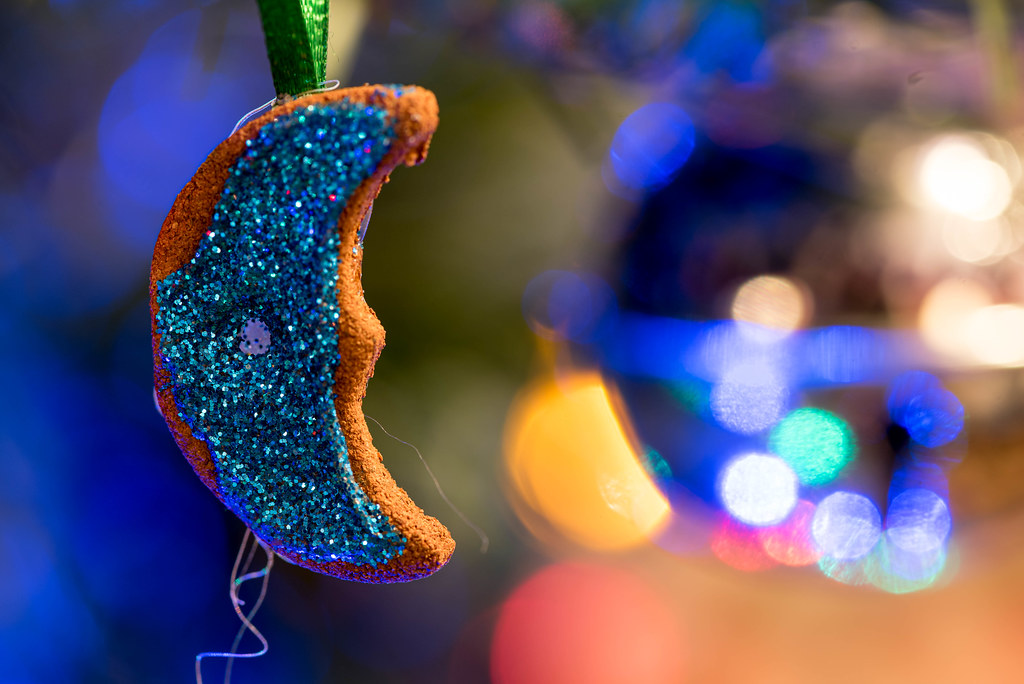 If you looked at this picture and did a bit of a double-take, thinking that it bears more than a passing similarity to the image I used to close out 2022, you would not be incorrect. I used a very similar process to create both images, and while they are clearly related in terms of compositional elements, I think both are distinct enough from one another to use them as separate Weekly Fifty shots. I actually considered swapping the order such that this image would be used last week and vice versa, but in the end I’m just using them as-is and moving on with things. I really don’t like to over-analyze my photography that much :)

The techniques I used to create this shot are pretty similar to what I did last week: find a small Christmas Tree ornament and place it in front of my macro lens. Then find a few other ornaments to augment the background, adjust a couple of the small colored lights on the tree, adjust the aperture, set the self-timer, and take the shot. As I am wont to do when shooting close-up subjects, I adjusted the aperture from very large to moderately small in order to get just the right combination of subject sharpness and background blur, all while leaving my ISO set to 100 and using a shutter speed of as long as I needed in order to get a properly-exposed image. Even the overall setup, as you can see below, looks pretty similar to last week:

So why use both images, given that they share so many similarities? The answer lies in something I most certainly did not expect, but have really come to appreciate: this week’s photo looks entirely different when viewed on a small screen. I didn’t see it initially when I edited the RAW file on my 27″ iMac, but when I shrank this image down to just a few inches to send it to my brother Phil, I noticed an entirely new composition that was hidden right in front of me the whole time.

Initially, I just saw this as a cool shot of a tiny moon-shaped ornament with some blurred lights behind it. But when I looked at the same image on my iPhone instead of a giant computer monitor, it morphed into an interstellar scene complete with at least two planets and perhaps even a sun. The silver ball I hung in the background to create a lighting effect suddenly looked like a ringed planet–a miniature Jupiter or Neptune–and the colored lights dancing on its surface might as well be lightning storms in space. I was shocked, and thought about the many times that I have encouraged people to click through to Flickr from this website to look at the full-resolution version of an image but this might be the first time ever I am openly asking people to do the opposite and view a picture on a very small screen :)

Anyway, I thought this was a fun and unexpected moment of photographic serendipity, which would be a neat way to ring in the new year and think about other picture opportunities that lie ahead in the coming months.