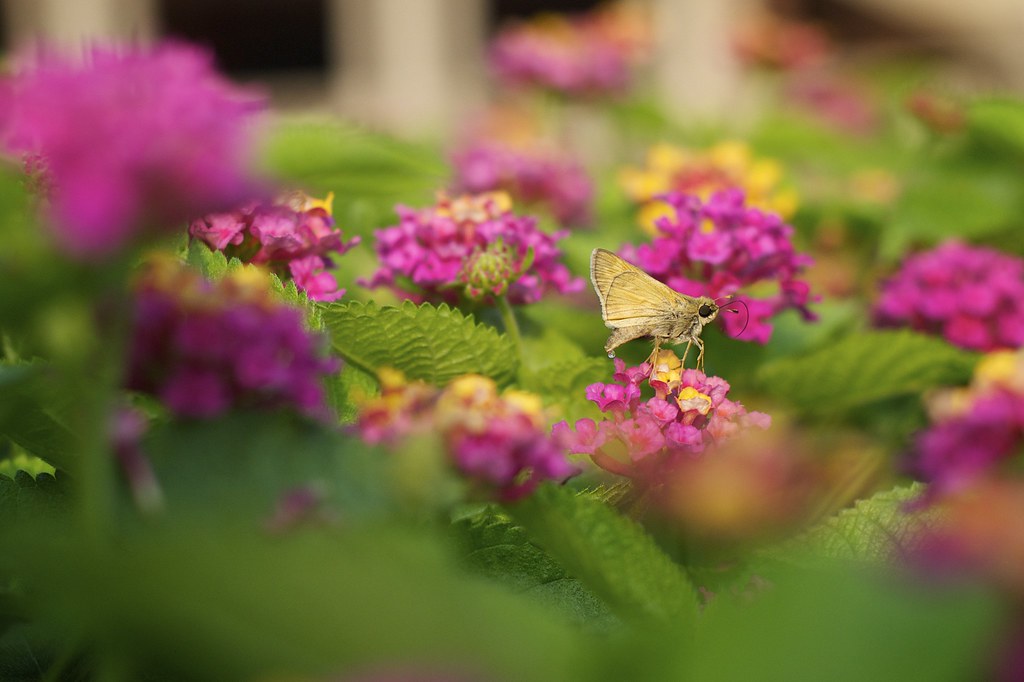 This is one of two photos of this moth that I was able to capture (click the picture to see the other one in my Flickr gallery) and I had a difficult time deciding which one to post. I eventually settled on this one because even though there is more going on in the frame, I like the colors and somewhat larger depth of field. And that drop of water on its hindquarters is kind of cool too. 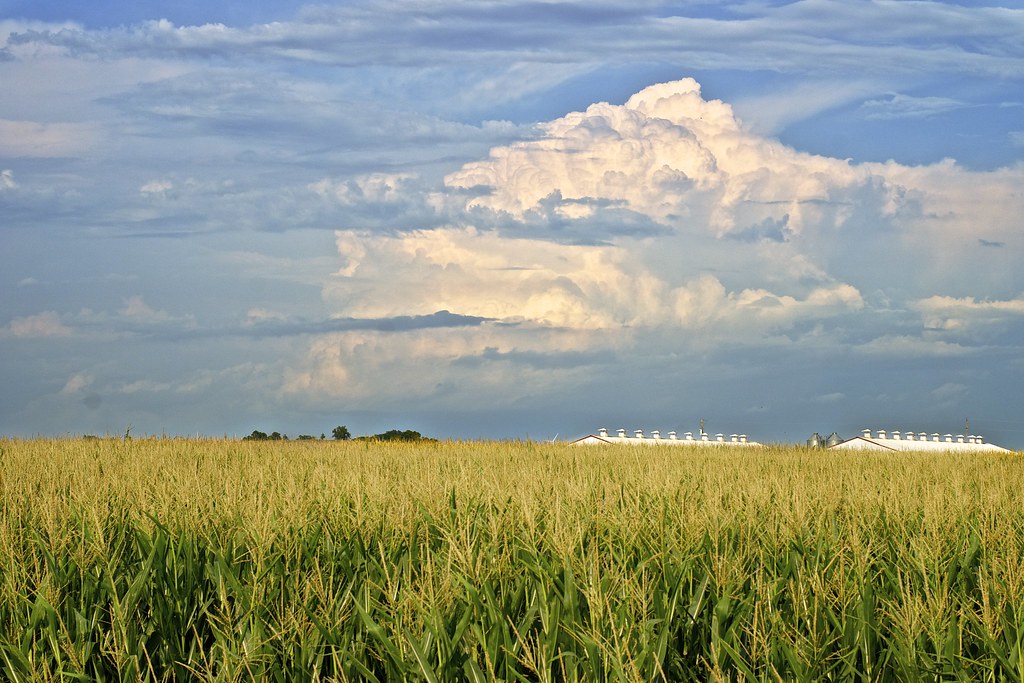 I got this shot last week in northern Iowa along I-35, and was originally a little bummed that I couldn’t find a way to shoot the storm cloud without getting the chicken houses and windmills in the frame. But the more I thought about the photo afterwards, the more I realized these elements capture a bit more about what midwestern life really is all about. 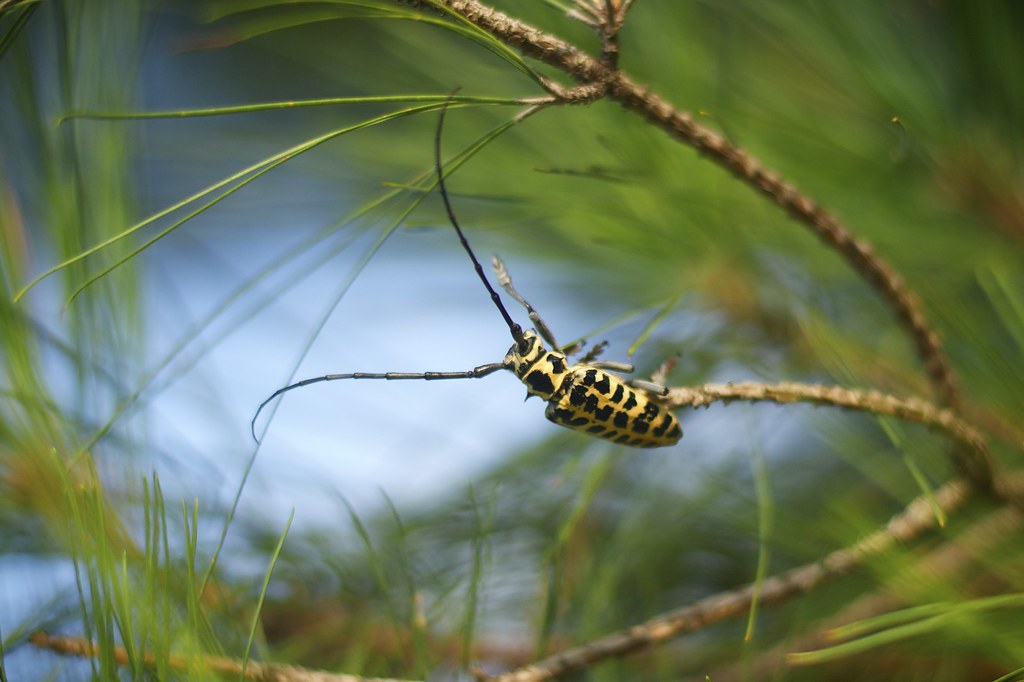 While we were driving home the other day my son kept pointing to the rear window of the car and saying “Beetle.” I couldn’t see what he was pointing at, but when we arrived and got out of the car we went around and found this giant yellow Cottonwood Borer who had apparently hitched a ride with us. He flew into a nearby pine tree and I ran inside to get my camera so I could take a few pics while holding my son with my other arm. Together we watched the beetle, which we later discovered was a Cottonwood Borer, wind his way around a few branches before taking off for other destinations. 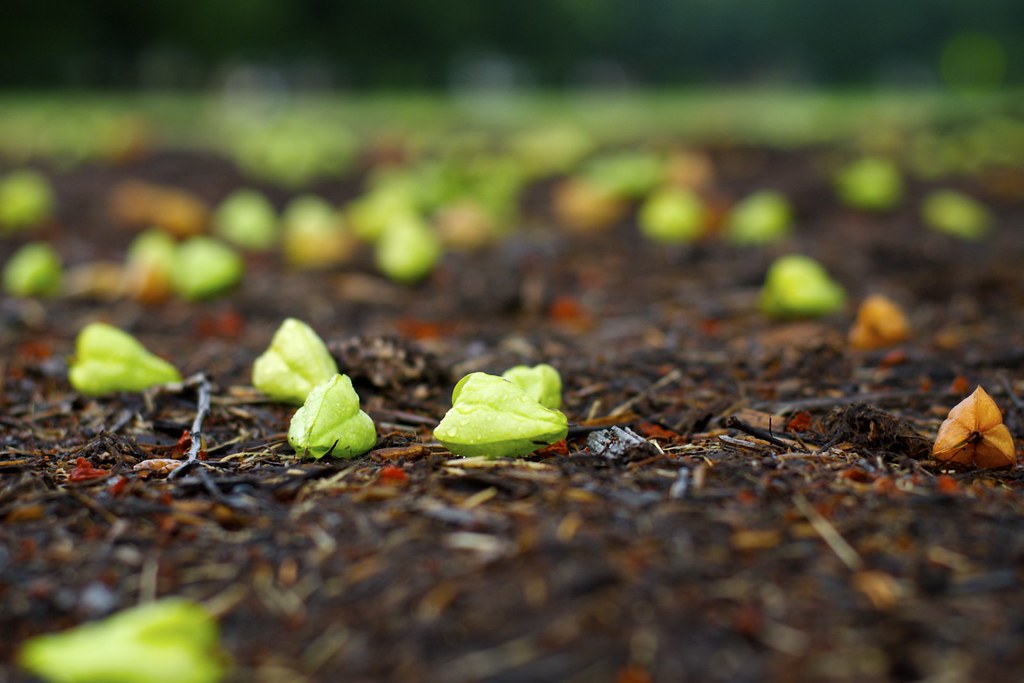 We have these trees down in Oklahoma called Goldenrain Trees, and each year they drop little seed pods in the summertime. 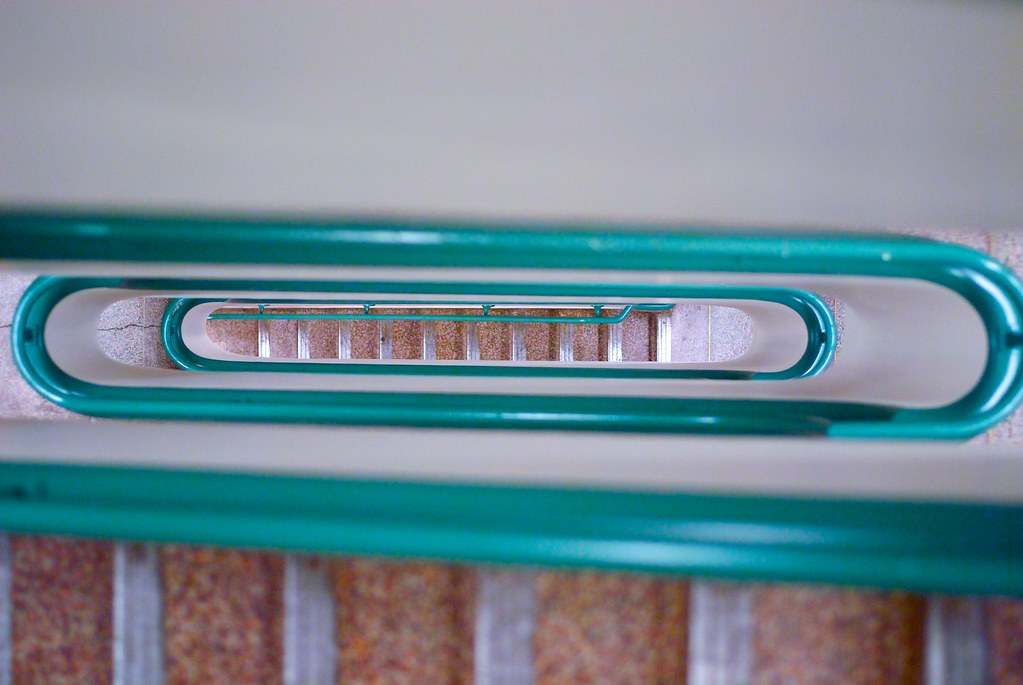 Originally I was just going to do one of those stairwell shots that people take all the time, and shot from the bottom up. Then I realized it might be interesting to try the concept from the top down, and noticed that the resulting image looked kind of like a big ol’ paperclip. Like most stairwells this one was rather dimly lit, so I had to do quite a bit of tweaking afterwards (including upping the exposure by more than +2). I figured this might happen when I took the picture, which is why I used such a low ISO in order to limit the post-processing artifacts that can show up when tweaking pictures in the computer. It was also a bit difficult to get everything in the shot because I had to stand on my tiptoes and try to hold the camera steady, and even with all that the left-hand side still got cropped a bit. Overall I am very pleased with how this turned out though. 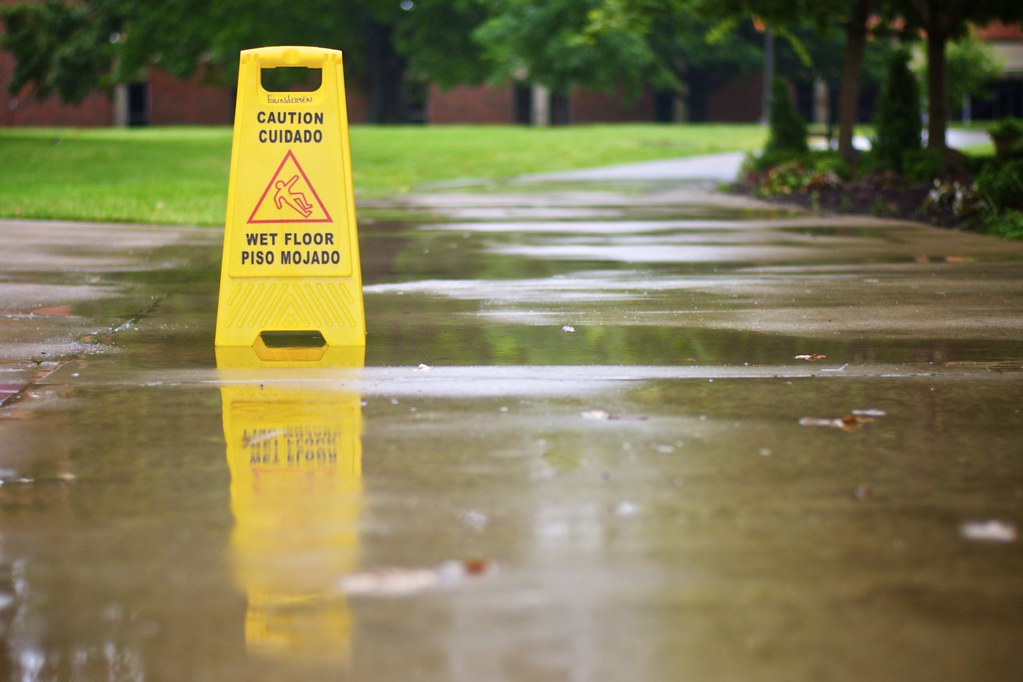 Look out for wet floors! Or streets. Or sidewalks. Or grassy knolls. 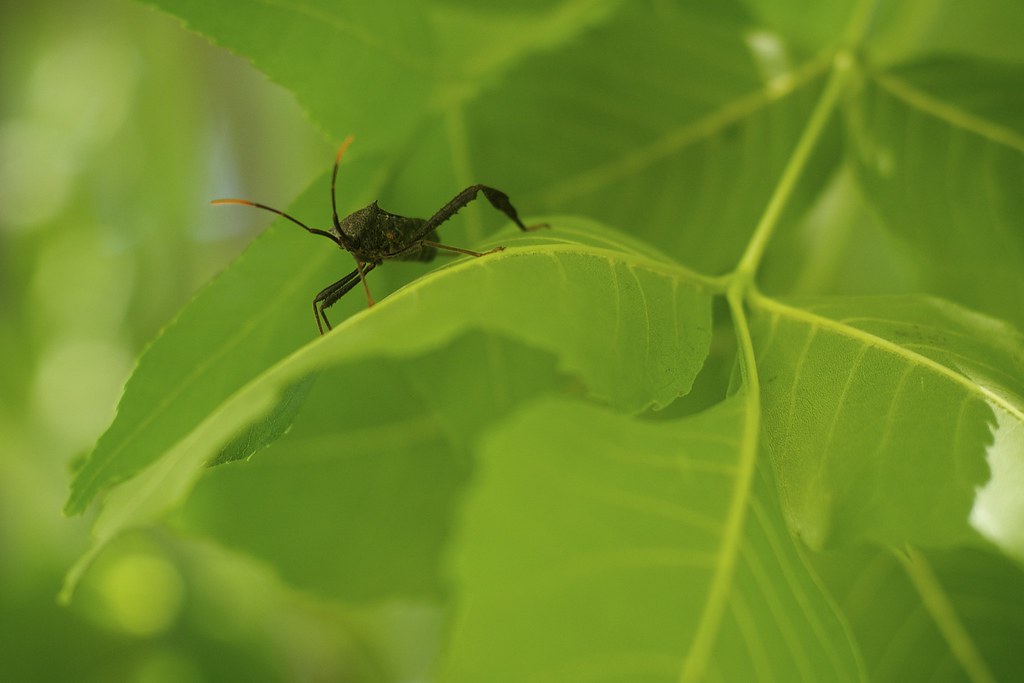 I don’t know what this is, but it was poking along minding its own business on a tree outside our house. I hoped he wouldn’t mind posing for a quick snapshot, a request which he kindly obliged. 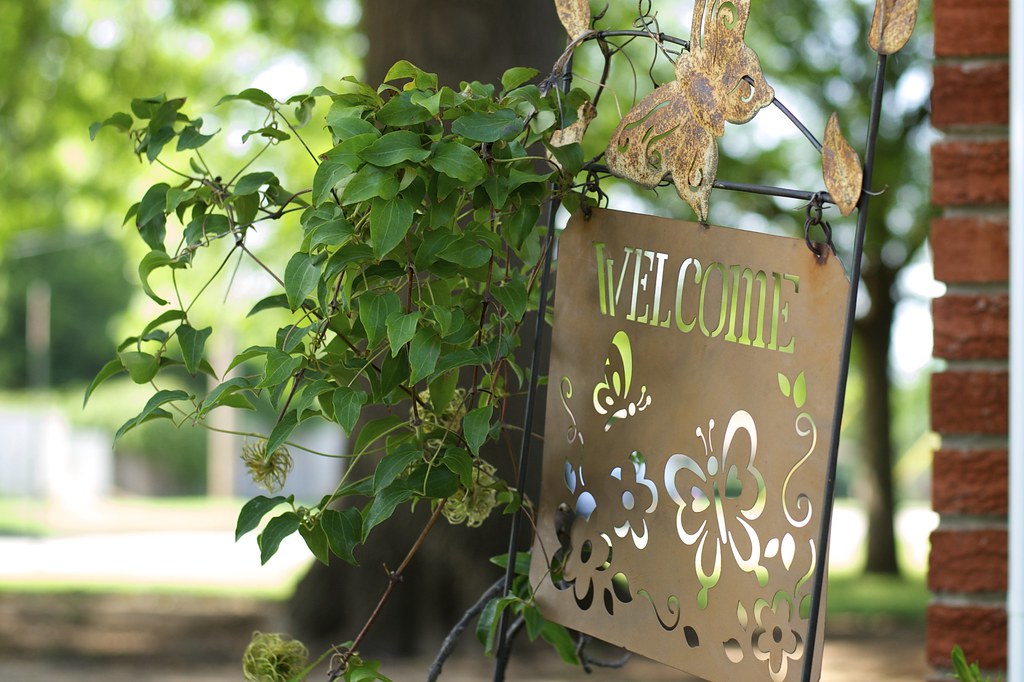 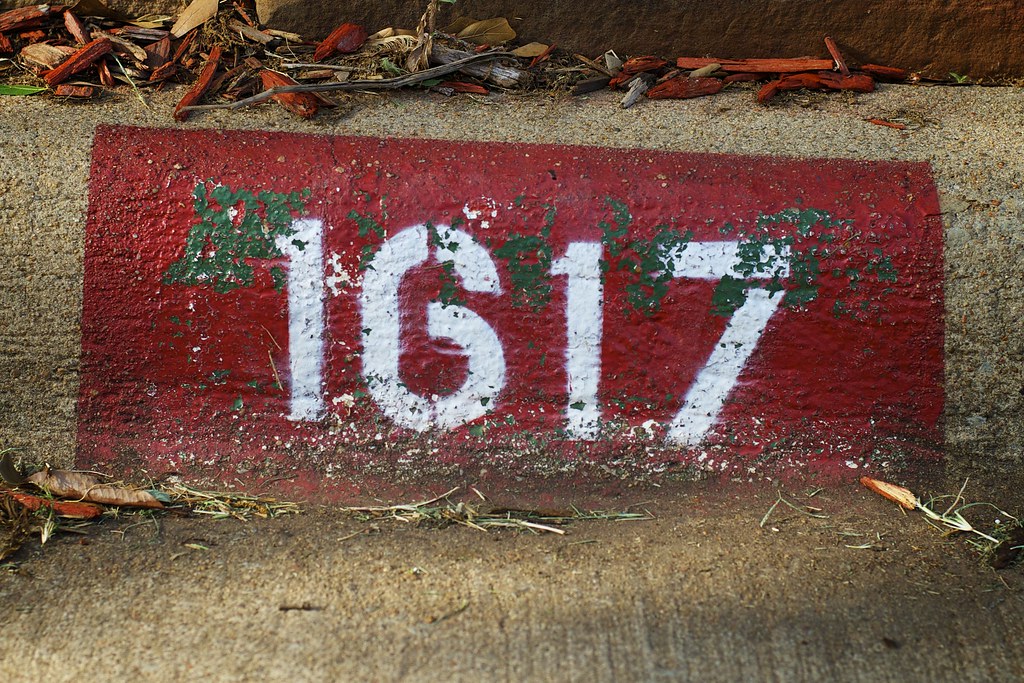 I spotted this address label while going on a walk with my son, and while it’s certainly nothing special I did like the rich red color, accented by what was probably a green address label that had been painted over. 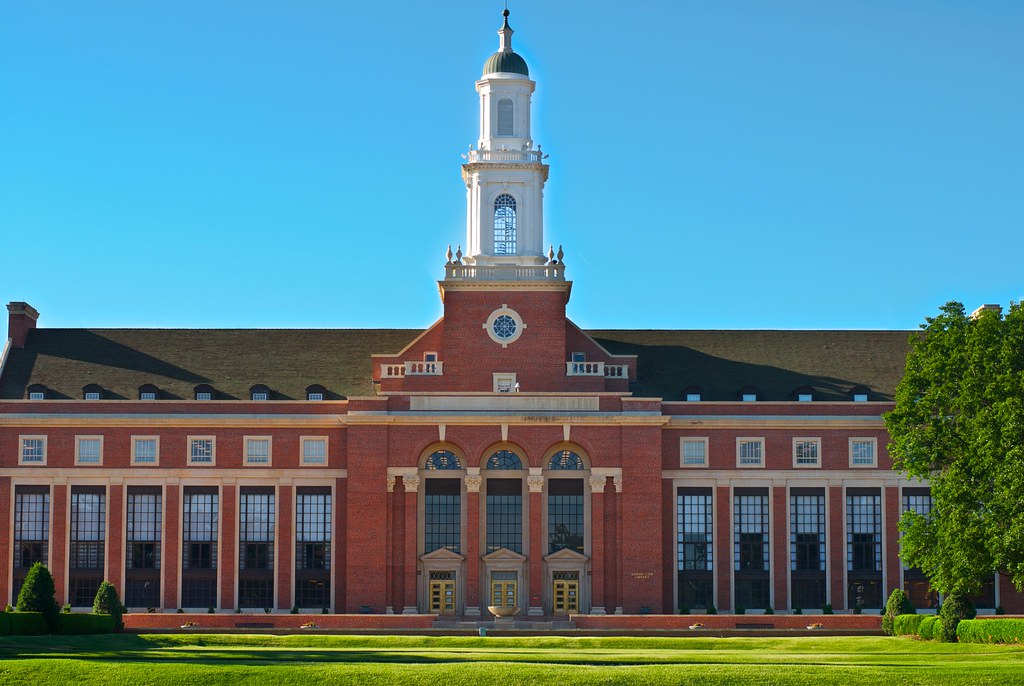 It’s sort of a ritual on the Oklahoma State University campus that anyone with a camera will inevitably take a picture of this architectural anchor (which, I am told, is modeled after a structure on the campus of the College of William and Mary, though that could be an urban myth).  Getting this shot with my 50mm lens required me to stand way, way back and I had to wait until all the foot traffic had passed.