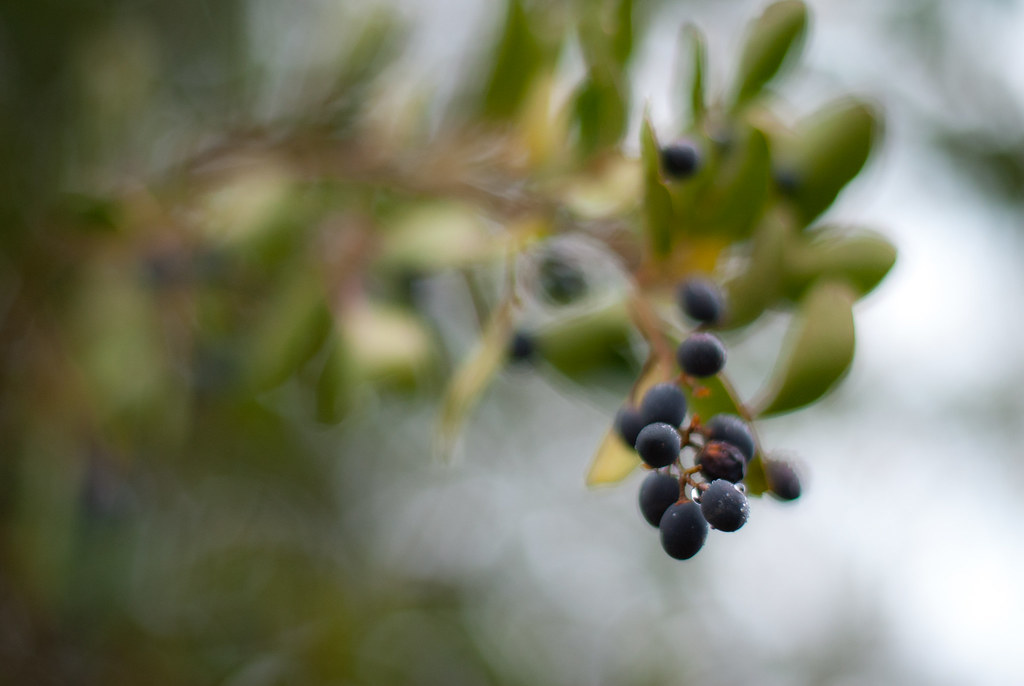 Originally I had not planned on posting this photo, but the idea came to me while recording the audio for last week’s image because I realized it functioned as a sort of companion to the Yucca Tails. It is similar in composition with the focal point being on the right-hand side, which then serves to draw the viewer’s eye back into the rest of the picture to see what else is present. In this case it’s a clump of purple…um…somethings (seeds? berries? I honestly don’t know, even though this is a tree in my very own backyard) instead of the branches of a yucca plant, but overall the sentiment is quite similar. It also has echoes of a photo I posted several months ago called “After the Rain,” and in fact I used some of the techniques I learned when shooting that as I captured this image. Perhaps it’s an unconscious stylistic choice, but I rather like this type of composition, even if some people might call it derivative.

The reason I decided to post it here is to function as somewhat of a cautionary tale regarding shallow depth of field. Since the sky on this breezy day was quite overcast and I was using my D200 at ISO 200 (I suppose in retrospect I could have just bumped it up to 400) I needed to let in as much light as possible in order to freeze the purple berry-thing in front. That meant using f/1.8, which I don’t often do because, well, as you can see the depth of field is, in my opinion, a bit too much. The bokeh almost distracts from the subject, and it borders on overpowering–particularly the green leaves just above and to the right of the deep violet subject. F/1.8 is great to have when you really need it, but in this case I think I should have just found a way to get the shot with a little less DOF. Still, I’m happy with the image overall and I think it’s high time I figured out just what this tree/plant/bush/whatever actually is that’s been behind our house ever since we bought the place :)