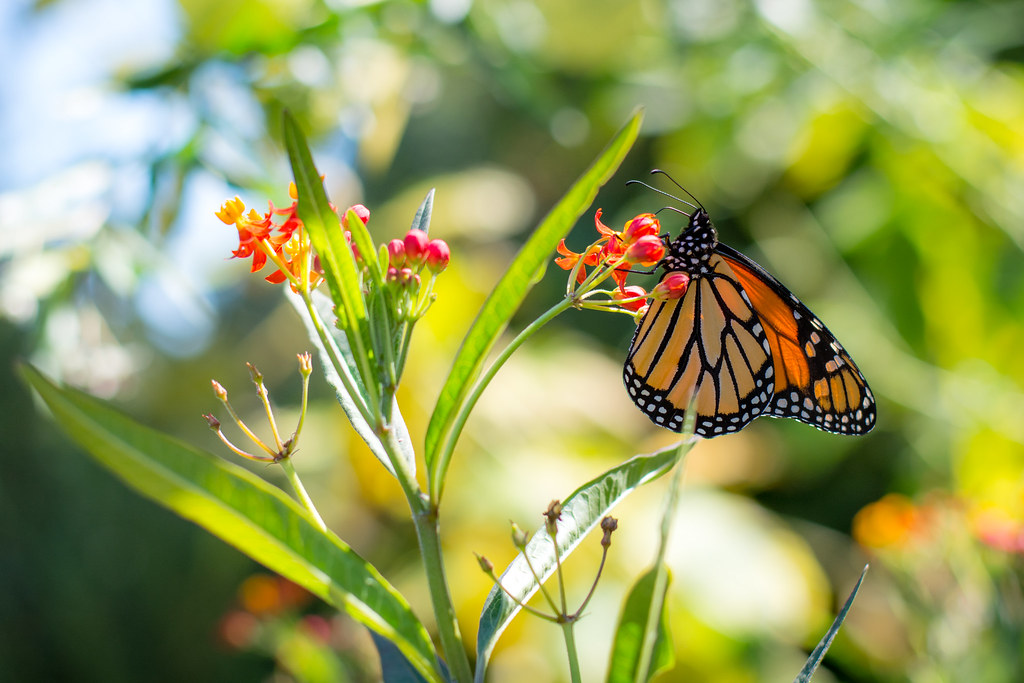 If you’re ever stuck for a photo opportunity, you could do a lot worse than your local botanic gardens. Almost every time my wife and I go there with our kids I’m struck at the incredible diversity of both flora and fauna tucked into the space of just a few acres, and sometimes it’s difficult not to snap a good picture. When we visited the gardens in October I brought my tried-and-true 50mm lens along with my D7100 and sure enough, I left with a memory card stuffed not only with some nice photos of my family but more than a couple displaying the beauty of nature. Case in point: the monarch butterfly you see above.

When I took this picture my parents were visiting for the weekend, and my dad and I spent several minutes basically crawling around next to some flowerbeds trying to capture pictures of butterflies as they were either flying, resting, or sipping flower nectar. My goal was to capture a photo with all of the following elements:

• A clear shot of a monarch butterfly

• With the sun behind me so it would be well-lit

This shot meets the first two requirements, but kind of misses the third. I like it though, because the shadows aren’t too dramatic and there is still plenty of color on the butterfly. The lighting also made for a more dynamic background, which I didn’t think about at the time but rather like in retrospect. The decision to post it here was a bit of a tricky one, because I also got this shot that I think is pretty decent:

The butterflies were out in full force yesterday at the Botanic Gardens. And no, I did not bump up the Clarity slider. (I actually think it's set to -10.) It's just natural shadows :) #Nikon #50mm #niftyfifty #butterfly #monarch #monarchbutterfly #stillwater #botanicalgardens #october #nofilter #oklahoma

I was really having a tough time deciding which of these two to use, but settled on the one you see at the top for a few reasons:

• The background is more interesting

• There is a greater sense of motion and activity, whereas the second one feels stilted and rather static

I’m curious though…of these two shots, which one do you prefer and why? There’s no right or wrong answer, I’m just curious. But more than that, I’d also like to encourage you to look at some of your own pics and think about why you like certain ones. What about them stands out to you from a coloring, compositional, or even emotional standpoint? Learning why you like certain photos you take is a good way to help you to learn what works, what doesn’t work, and ultimately to take better photos as you grow as a photographer.