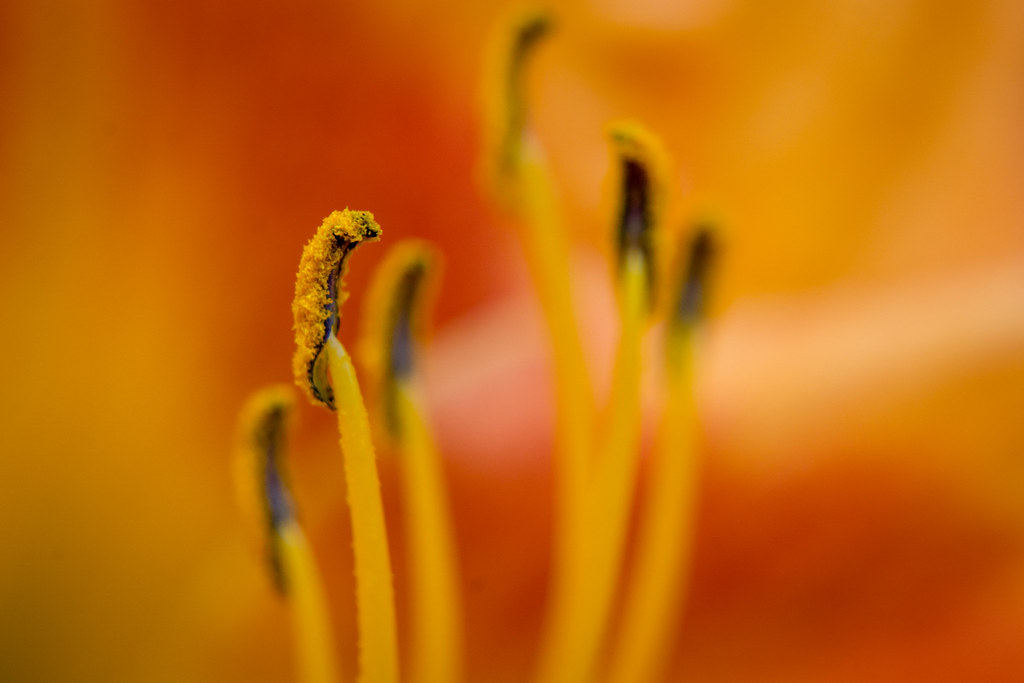 When I first got my close-up filters in the spring of 2016 I took photos like this all the time, eventually culminating in this one I posted here on the blog last July. It’s weird how I have this weird penchant for avoiding taking the types of photos that I simply enjoy taking, such as the one featured here this week. I like taking close-up photos of flowers, particularly lilies, because they’re filled with such rich and vibrant colors and striking details. The pattern usually goes like this:

That’s a terrible way to go about honing any skill! Practice is the best way to improve yourself, and it makes no sense at all to stop just because you think you’ve learned something. Why not keep practicing and improving? I don’t know what my hangup is with this when it comes to photography, but it needs to stop. So to that end I went out armed with my D7100, 50mm lens, and +10 filter specifically to get a close-up picture of a lily and I’ve promised myself that I will continue to take these kinds of pictures until the weather turns sour later this year. I can’t continue to grow as a photographer if I’m not willing to keep experimenting, and just because I got a picture that I like doesn’t mean there’s nothing left to learn.

As for this photo, I tried to use some of the things I learned last year when I would go out and shoot similar pictures. I like the colors in the Earnest photo from last year but I prefer the composition of this one. (See? I’m learning…) I shot this at f/6.7 so I could get the subject sharp but still have a shallow depth of field, though to be honest I probably should have used f/8 since the anther in the foreground isn’t quite as sharp as I would have liked. I tried to pick just one of the anthers as the focal point and have the others in the background, which makes the shot more visually compelling than having several things all vying for the viewer’s attention. And even though is one is more uniform in terms of its overall color palette, I think it makes for a less confusing and more subdued shot overall.

The one thing I’m not too happy with in this picture is its overall sharpness, which is almost entirely due to the shallow depth of field. If you click on the image and zoom in to 100% you’ll notice that the anther in the foreground isn’t quite as sharp as it could be, but that’s mostly just photographic nitpicking on my part and probably not something most people would notice. So instead of missing the flower for the anthers, I’m just going to enjoy the picture for what it is and continue to go out and take similar shots and see what happens.