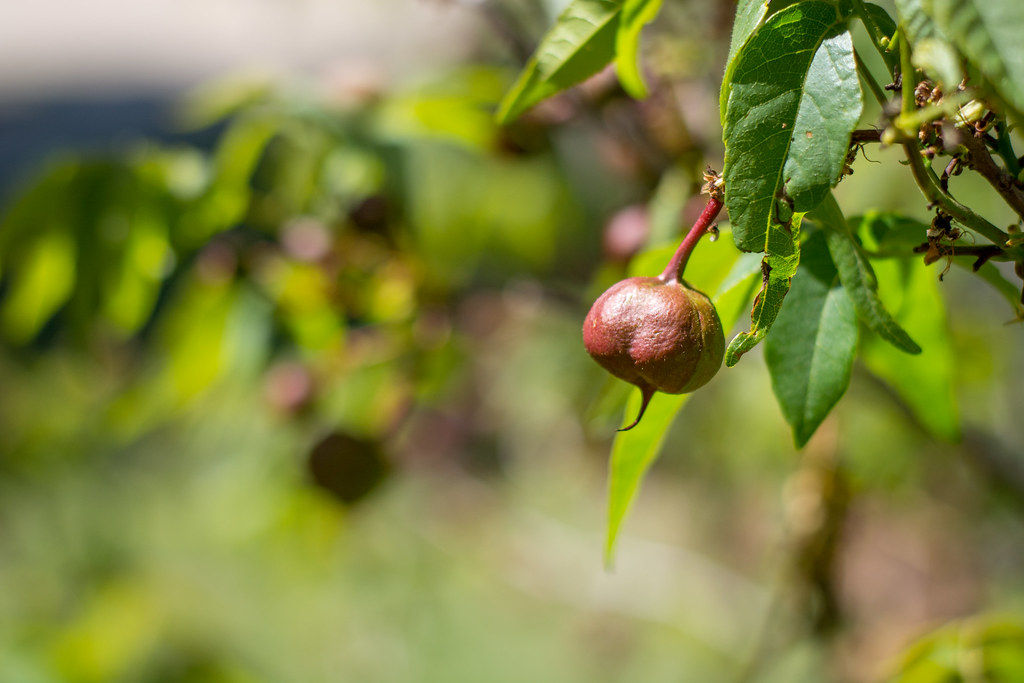 As usual I have no idea what kind of plant this is, and when I tried to find out by submitting the picture to a Google Images search all it came up with was “fruit,” which I am fairly certain this is not. I shot it while (what else?) out on a walk on campus one afternoon with my D7100 + 50mm lens, and in looking back on the picture later on I came to a realization about not just this picture but several of my pictures. It might seem obvious to anyone who reads this blog but I don’t think I ever quite thought about things like this before, and now that I look back at my images with a particular frame of mind I really do think I have come to a conclusion about my photography. Or at least my nature photography. Basically, in looking at this image I think I finally understand what my style is.

If I scan through past images of flowers, greenery, or even man-made objects that I have posted here I think it’s safe to say that this image, of some kind of bulb or seed pod, illustrates a few things that are common in much of my photography. Apparently, as I’m finding out is often the case, I like to place my main subject on the left or right third of the frame. Of this I was well aware, and sure enough I have done it again on today’s photo. (Incidentally, no cropping was involved here. What you see is what I got.) This is kind of an basic rule and one of the first techniques any photographer learns when it comes to composing an image, and yet I think I like it so much because, so often, it just plain works. Others might come along and say the rule of thirds is a crutch, shows a lack of creativity, or is meant to be broken but at the end of the day I find that I really like placing my subjects a little bit off center–usually along one of the thirds.

What this image has helped me realize is a few other elements that show up here also appear in many of my other pictures, and I do think this indicates some sense of an overall style–albeit one that I don’t think I have been implementing intentionally, but is nonetheless present. Along with my subject on the left or right third I also tend to include context clues in the background, often on the opposite third. I like to use a somewhat shallow depth of field, but not so much that the other contextual elements are blurred out so much that you don’t know what they are. I prefer a bit of foreground elements if possible, though there aren’t a whole lot in this picture. I let my subject exist well within the margins of the frame, usually occupying its own small part of the image and not so big that there is nothing else for the viewer to see.

The thing is, it’s good to try new techniques and experiment with different ways of taking photos, but it’s also good to develop your own style over time. Find a type of shot, a type of composition, a certain way of framing your subjects, that you can work on and perfect over the course of your photography life. It’s not a crutch so much as it is your own unique way of seeing the world, and while it is of course good to explore other things it’s nice to have a cushion to fall back on–a home, if you will, that you can return to when you’re not sure what else to try or what other things to do. This photo, I now understand, is an example of what I like and what works for me. It’s simple and quite uninspiring, and won’t win any awards, but it’s comfortable and I enjoy it.